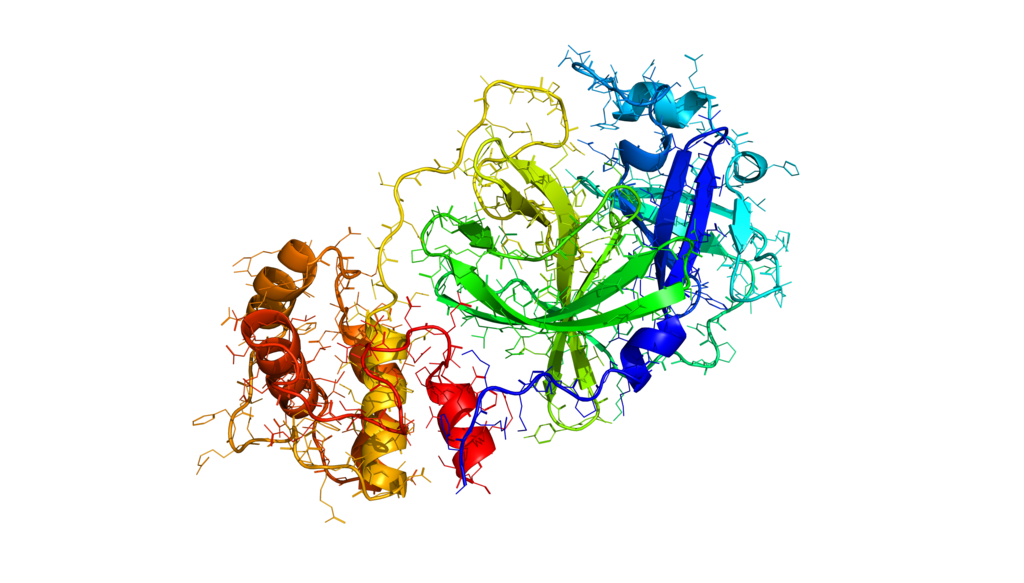 Pharmaceutical company Merck & Co and Ridgeback Biotherapeutics are reporting that their antiviral drug, molnupiravir, is showing promising signs of being effective at preventing severe cases of COVID-19 in patients with mild to moderate forms of the disease. Taken orally, the treatment could be used by patients in their own homes, and cuts the chances of being hospitalized and dying by half, regardless of whether the patient is infected with the deadly delta variant or not.

First developed in 2014 by Emory University as a treatment for influenza, molnupiravir was acquired by Ridgeback Biotherapeutics who later partnered with Merck to further develop the drug. In the lab, it was found to have potential effectiveness against RNA viruses such as influenza, Ebola, chikungunya, and various coronaviruses. In October 2020, Merck launched a one-year Stage 2/3 trial focused on hospitalized patients with COVID-19; a year later, preliminary results showed that molnupiravir cut the risk of hospitalization and death by about 50 percent for newly diagnosed, high-risk patients, and appears to work well regardless of what variant the patient is infected with. The company is applying for emergency use authorization (EUA) from the FDA, and numerous other countries have expressed interest in using the drug as a treatment for COVID.

The drug works by producing what is called a ribonucleoside analog when it is metabolized in the body; this is a compound that resembles the chemical used in RNA replication: when the virus’ RNA polymerase (an enzyme that makes RNA from a DNA template) tries to make a copy of RNA that contains molnupiravir, the fake ribonucleoside contamination causes catastrophic mutations in all future copies, resulting in the production of “broken” viruses that can’t infect anyone.

Numerous existing drugs have been tried as treatments against COVID-19, although most efforts have not panned out. Antimalarial drugs chloroquine and hydroxychloroquine were found to cause “serious heart rhythm problems” in patients—a complication that could prove deadly when administered to patients with a disease like COVID-19 that can cause heart failure, arrhythmia and atrial fibrillation. Anti-parasitic drug ivermectin was found to be an effective antiviral agent in the lab, but clinical trials found that to be effective against COVID-19 in a human patient, toxically-high doses of the drug would have to be used. The effectiveness of antiviral drug remdesivir was also found to be too low to be of practical use against COVID-19, although it is still used in extreme cases, in combination with other compounds such as baricitinib or interferon beta-1a.

Experts stress that despite the promising outcome of molnupiravir’s trials, the treatment is no substitute for getting vaccinated against COVID-19, as antiviral drugs do not offer immunity to the viruses they are used to treat; even in the face of reduced efficacy against the delta variant, the vaccines are still more effective at reducing hospitalization and death than what Merck is reporting for molnupiravir. Molnupiravir is also not recommended for use as a prophylactic against COVID-19, as the mutagenic nature of its mechanism of action runs the risk of producing cancer in a long-term user.

Subscribers, to watch the subscriber version of the video, first log in then click on Dreamland Subscriber-Only Video Podcast link.
2021-10-22
Previous Headline News Post: A Clinic in the Netherlands Is Curing Crippling Phobias With a Single Pill
Next Headline News Post: Spacecraft or Secret Weapon? China May Have Developed a Hypersonic Missile