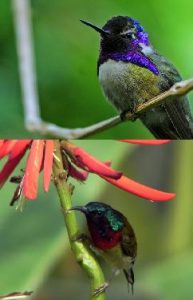 The evolutionary trees that we use to define the relationships between different species could be very wrong, according to researchers that study the genetic connections between various species, both contemporary and extinct. These extended family trees connecting all living things may need revisions in light of new genetic evidence.

“It turns out that we’ve got lots of our evolutionary trees wrong,” according to study co-author Matthew Wills, Professor of Evolutionary Paleobiology at the Milner Center for Evolution at the University of Bath. “For over a hundred years, we’ve been classifying organisms according to how they look and are put together anatomically, but molecular data often tells us a rather different story.”

Traditionally, these evolutionary trees, called phylogenetic trees, that are used to map the relationships between different species and their perceived ancestors, are based on the physical characteristics displayed by each creature: for instance, the fossil of an extinct species might have a similar appearance and characteristics to a modern, extant one, so it is assumed that this creature was probably the latter species’ ancestor. Although the actual process of classifying different species is more complex and nuanced than this simplistic example, this method has been the standard used ever since naturalist Charles Darwin upended the field of biology in the mid-nineteenth century.

However, there has always been one fly in the taxonomic ointment: convergent evolution. This is the phenomenon where unrelated species wind up developing similar characteristics, sometimes to the point of even appearing to be closely related. An example of this is the dire wolf, long assumed to be related to modern wolves due to their similar appearance; however, a genetic study released last year shows that dire wolves weren’t even wolves, but rather a canid that hasn’t shared a common ancestor with modern wolves for at least 5.7 million years.

And recent advances in genetic technology suggest that instances of convergent evolution might be more widespread than previously assumed, once again standing to upend how we view our evolutionary trees.

“We already have lots of famous examples of convergent evolution, such as flight evolving separately in birds, bats, and insects, or complex camera eyes evolving separately in squid and humans,” according to Wills. “But now with molecular data, we can see that convergent evolution happens all the time – things we thought were closely related often turn out to be far apart on the tree of life.

“It proves that evolution just keeps on re-inventing things, coming up with a similar solution each time the problem is encountered in a different branch of the evolutionary tree,” Wills continues. “It means that convergent evolution has been fooling us — even the cleverest evolutionary biologists and anatomists — for over 100 years!”

Wills’ team also found that despite the broad geographic distribution of some species that previously appeared to be related, those that are actually genetically related tend to be fairly local in terms of where they reside on Earth.

“For example, tiny elephant shrews, aardvarks, elephants, golden moles, and swimming manatees have all come from the same big branch of mammal evolution — despite the fact that they look completely different from one another (and live in very different ways),” Wills explains. “Molecular trees have put them all together in a group called Afrotheria, so-called because they all come from the African continent, so the group matches the biogeography.”

Interestingly, the idea of the genetics of different species being linked by their geography is far from new, and can be traced back to Darwin and his contemporaries.

“The idea that biogeography can reflect evolutionary history was a large part of what prompted Darwin to develop his theory of evolution through natural selection, so it’s pretty surprising that it hadn’t really been considered directly as a way of testing the accuracy of evolutionary trees in this way before now,” according to study lead Dr. Jack Oyston. “What’s most exciting is that we find strong statistical proof of molecular trees fitting better not just in groups like Afrotheria, but across the tree of life in birds, reptiles, insects, and plants too.

“It being such a widespread pattern makes it much more potentially useful as a general test of different evolutionary trees, but it also shows just how pervasive convergent evolution has been when it comes to misleading us.”

Subscribers, to watch the subscriber version of the video, first log in then click on Dreamland Subscriber-Only Video Podcast link.
2022-07-08
Previous Headline News Post: A Hungry Jupiter May Have Cannibalized Many of the Solar System’s Early Planets
Next Headline News Post: The End of an Era: NASA Announces the Shutdown of Interstellar Voyager Probes