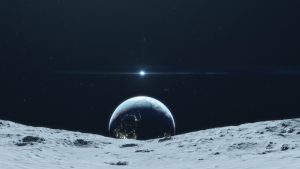 50 years after man last set foot on the Moon, NASA has finally launched the first spacecraft in a series of missions that is planned to return humanity to our nearest neighbor.

“Liftoff of Artemis 1!” NASA commentator Derrol Nail remarked during the webcast of the early-morning launch. “We rise together, back to the moon and beyond.”

After a series of setbacks that delayed two previous launch attempts, the Artemis 1 mission launched on November 16 at 1:47 am EST from the Kennedy Space Center in Florida. This mission is an unmanned shakedown flight aimed at certifying the Orion spacecraft that will travel to the Moon, and the Space Launch System (SLS) that lifts the craft into orbit. The next mission, Artemis 2, is scheduled for May 2024 and will carry four astronauts to lunar orbit, in a mission similar to the Apollo 10 mission that saw astronauts Gene Cernan, Thomas Stafford and John Young orbit the Moon in preparation for 1969’s Apollo 11 Lunar landing.

The trip to the Moon will take the Orion spacecraft three days to complete; once there the craft, designated Orion CM-002, will use the Moon’s gravity to slow itself so that it can enter lunar orbit. This maneuver will take Orion to within 97 kilometers (60 miles) of the lunar surface, although the craft will spend most of the mission in a more distant orbit with an altitude of 61,000 kilometers (38,000 miles). This orbit will be retrograde, meaning that the craft will orbit the Moon in a clockwise direction when viewed from lunar north.

During its voyage, Orion will deploy ten CubeSats that will perform a number of scientific functions; the Orion spacecraft itself is carrying specialized mannequins that are wearing the Orion Crew Survival System suit to test the garment’s ability to ward off incoming radiation. Orion also carries numerous mementos, such as commemorative stickers, patches, seeds and flags, along with plush toys of Snoopy and Shaun the Sheep, representing NASA and the ESA, respectively.

Two weeks after launch Orion CM-002 will begin preparations to leave lunar orbit for its six-day journey back to Earth; the capsule is scheduled to splash down in the Pacific Ocean off of the coast of San Diego, where it will be retrieved by the San Antonio-class amphibious transport ship USS Portland (LPD-27).

“Our DNA, as an American people now joined by our international partners, is to explore,” NASA Administrator Bill Nelson said of the Artemis program’s goal. “We built this country with a frontier, and that frontier is upward.”

Subscribers, to watch the subscriber version of the video, first log in then click on Dreamland Subscriber-Only Video Podcast link.
2022-11-18
Previous Headline News Post: The Discovery of Ancient Tunnels in Egypt May Lead to the Lost Tomb of Cleopatra
Next Headline News Post: Multiple COVID-19 Infections Linked to Increased Risk of Serious Health Complications