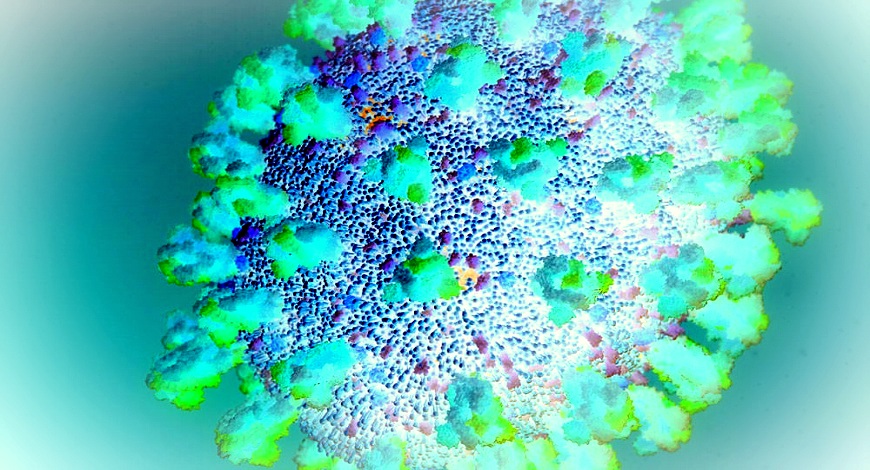 The World Health Organization has declared the COVID-19 Omicron variant a “variant of concern”, citing an unusually large number of mutations present in the new strain’s genetic structure. Pockets of the SARS-CoV-2 variant, previously identified as B.1.1.529, have been identified in Africa, Asia and Europe, and has health officials worried that this variant may be many times more infectious than the Delta variant that is currently fueling the worldwide surge in coronavirus cases.

First detected in Botswana on November 9, Omicron features an unusually large number of mutations—over 30 changes just to the virus’ spike protein itself—many of which haven’t been seen in previous variants. This development is concerning to health officials, as many of the vaccines being distributed are designed to produce antibodies that directly interfere with the spike protein’s ability to attach the virus to a potential host cell: too many changes in the spike’s molecular structure might result in a reduction of the antibodies’ compatibility, resulting in a corresponding reduction in vaccine effectiveness.

Although these mutations have been identified in Omicron’s genetic structure, it remains to be seen how these changes manifest themselves here in the macroscopic world; although changes in the spike protein structure run the risk of reducing the effectiveness of the current crop of vaccines against COVID-19, too wild a mutation could also render the new virus incompatible with the ACE2 receptors on our cells that it typically attaches to, hampering the virus’ ability to infect.

Indeed, little is known about this variant’s capabilities; studies are already underway that will determine its infectiousness, and effect on symptoms and mortality rates. Many of the pharmaceutical companies producing COVID-19 vaccines have stated that they can have an Omicron-ready vaccine available for production in short order.

Novavax reports that they are already incorporating Omicron’s mutations into their formulation, and expect to “have it ready to begin testing and manufacturing within the next few weeks;” Pfizer and BioNTech expects to have “a tailor-made vaccine against that variant in approximately 100 days, subject to regulatory approval;” and Moderna, a company founded specifically to develop mRNA therapies, says they have been planning for such a scenario since earlier this year with what they call a “comprehensive strategy to anticipate new variants of concern.”

Although only a handful of cases have been identified so far, the majority of infections have been found in South Africa and Botswana, although Omicron’s presence has already been detected in Australia, Austria, Belgium, Botswana, Canada, the Czech Republic, Denmark, Germany, Hong Kong, Israel, Italy, Netherlands, Portugal, South Africa, Spain, Sweden and the United Kingdom; all cases outside of Botswana and South Africa have been found to be travel-related, although the WHO is advising against added travel restrictions until more is known about the variant.

Although once again, it is too early to say how these mutations might function in the population at large, Dr. Eric Feigl-Ding, a Senior Fellow at the Federation of American Scientists, expressed his concern that Omicrons’ changes to its spike proteins, specifically the alterations to two furin cleavage sites (the mechanism that cracks open the host cell so the virus can inject its RNA package) runs the risk of increasing the variant’s infectiousness six-fold over that of Delta’s—a strain that is already as infectious as chicken pox.

Subscribers, to watch the subscriber version of the video, first log in then click on Dreamland Subscriber-Only Video Podcast link.
2021-11-29
Previous Headline News Post: NASA’s DART Is on Its Way To Smash Into an Asteroid
Next Headline News Post: Russia’s Recent Destruction of its own Spy Satellite Endangered the ISS