Have Megalith, Will Travel: Stonehenge May Have Been Relocated From Wales Nearly 5,000 Years Ago 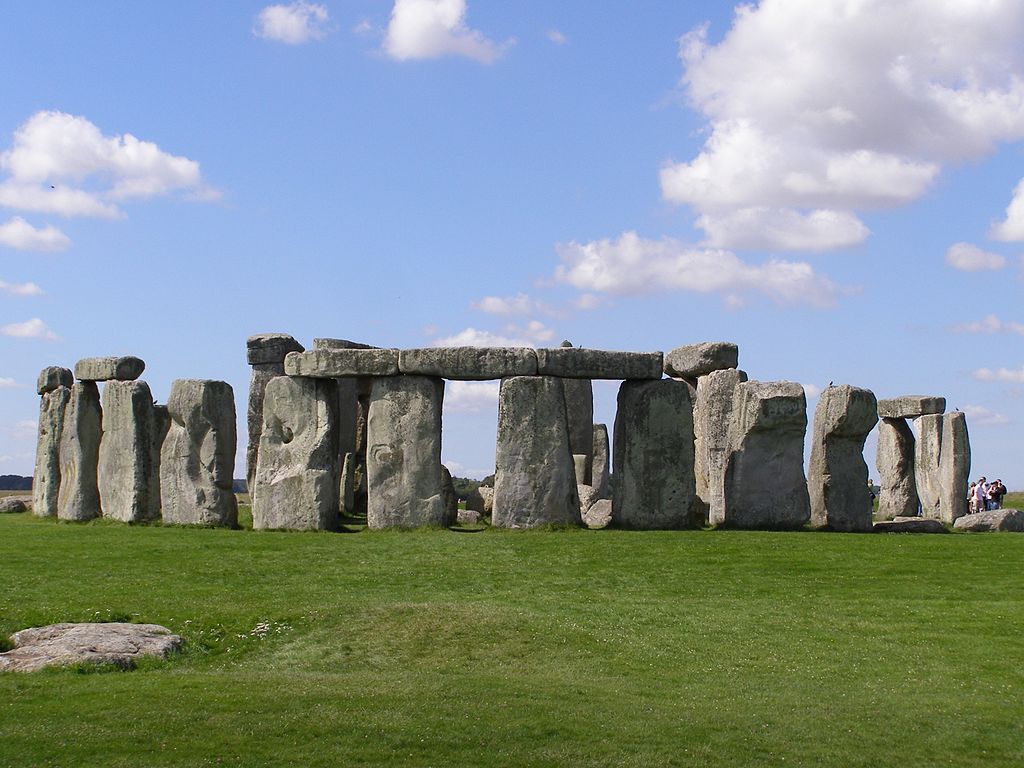 It would appear that Stonehenge was built about 400 years earlier than originally estimated—albeit on a site in western Wales, 225 kilometers (140 miles) from Wiltshire, England, where the iconic megalithic formation stands today.

When Stonehenge was first erected sometime around 2,900 BCE it looked vastly different from the familiar grand megalithic site we see today. A much simpler-appearing affair, it comprised a 110-meter (361-foot) circle of 56 bluestones, itself encircled by an earthwork mound, broken only with two openings, one at the northeast and the other directly to the south. The site evolved substantially over the centuries that followed, with the more familiar grand sandstone structure being built between 2,600 and 2,400 BCE; following this period the original bluestones were re-arranged within this newer circle.

Although the region where the founding bluestones had been carved from was identified, there was a discrepancy of nearly half a millennium between when the stones had been carved from a site in western Wales and their erection on Salisbury Plain in England. Although one theory put forward the idea that Stonehenge’s builders took 500 years to transport the stones over that distance, archaeologist Mike Parker Pearson, a professor of British later prehistory at University College London, wasn’t satisfied with the idea.

“It could have taken those Neolithic stone-draggers nearly 500 years to get them to Stonehenge, but that’s pretty improbable in my view,” Parker Pearson said in a 2015 interview with The Guardian. “It’s more likely that the stones were first used in a local monument, somewhere near the quarries, that was then dismantled and dragged off to Wiltshire.”

Consulting with geochemical experts, Parker Pearson set about narrowing down the exact location in where the stones had been quarried, and found a perfect match for the stone’s composition at Craig Rhos-y-felin and Carn Goedog, where they found not only evidence of ancient quarrying work, but also unfinished stones that were abandoned where they had been cleaved from the rock.

After eliminating a number of promising sites that might have been the home to a former stone circle, Parker Pearson’s team began excavating at the Waun Mawn Standing Stones, considered an unremarkable site by archaeologists. There, they found a 110-meter circle of holes that matched the diameter of Stonehenge’s original layout—an exact figure that was unlikely to be a coincidence. Upon closer examination it was also found that one of Stonehenge’s bluestones with a distinctive cross-section matched the shape of one of the holes excavated at Waun Mawn exactly, “like a key in a lock.” On top of this, Waun Mawn is just a few kilometers away from the two quarries—a proverbial stone’s throw from where the stones had been carved.

In his heavily-romanticized Historia regum Britanniae (The History of the Kings of Britain) Geoffrey of Monmouth tells a tale of the wizard Merlin leading an army of men to Ireland to seize a magical stone circle called the Giants’ Dance, and reassembling it in England as a memorial to the dead. Although Geoffrey’s 1136 work is only considered to be pseudo-historical by modern historians, perhaps the medieval author had been influenced by stories of how Stonehenge was relocated in ancient times when he incorporated the tale into Arthurian legend.

However, Stonehenge’s relocation may have been part of a more peaceful migration of the megalith’s builders eastward, according to a BBC Two documentary on the subject. Analysis of bone fragments found at Stonehenge suggest that the individuals that they belonged to originated in western Wales, and evidence of habitation in the vicinity of the quarries dropped off shortly after Stonehenge was moved.

Although we don’t know the reason behind this relocation, it turns out that Stonehenge’s current site is aligned with a series of natural channels, carved into the chalk by the last ice age’s glaciers, that happen to line up exactly with the solstice sunrise—a key astronomical alignment to ancient peoples. As these now-hidden channels would have been visible 5,000 years ago, perhaps Stonehenge’s creators felt that it was worth the effort to move the stones that were so important to their culture to a site that would have had great significance?