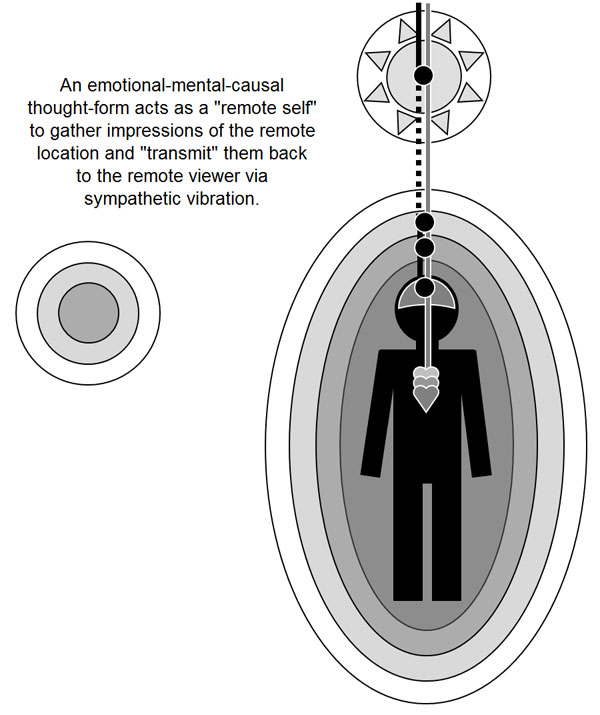 A 1983 US Army document that examines the mechanics behind phenomena such as remote viewing and out of body travel has resurfaced. The analysis is in regards to the techniques taught by the Gateway Experience program offered by the Monroe Institute, but instead of trying to determine if what the course offers is legitimate, it takes it for granted that it is valid, and instead attempts to discover how psychic phenomena actually work.

Since its declassification in 2003 by the Central Intelligence Agency, the document, titled “Analysis and Assessment of Gateway Process”, has resurfaced a number of times, appearing in a 2017 Motherboard article, then again in Medium in February of last year. The most recent notice of the document started with a post by TikToker abby_careyyy, who has since posted a series of videos outlining the contents of the study.

Although it was released by the CIA, “Analysis and Assessment of Gateway Process” originated with the US Army; it was authored by then-Lieutenant Colonel Wayne M. McDonnell, who was tasked by Army Intelligence to produce a comprehensive “assessment of the Gateway Experience in terms of its mechanics and ultimate practicality,” referring to the Monroe Institute’s ongoing Gateway Experience program, aimed at training participants in attaining deeper levels of altered consciousness that can be used to induce out-of-body travel and in remote viewing practices.

In the document’s introduction, McDonnell admits that the task “proved to be an extremely involved and difficult business;” ultimately he incorporated diverse subjects such as biomedical effects, quantum mechanics and the effects of “brain hemisphere synchronization technique[s]” on human consciousness into his analysis.

“Once this was done, the next step involved recourse to theoretical physics in order to explain the character of the time-space dimension and the means by which expanded human consciousness transcends it in achieving Gateway’s objectives,” McDonnell explains, before he brings the process full circle using “physics to bring the whole phenomenon of out-of-body states into the language of physical science to remove the stigma of its occult connotations, and put it in a frame of reference suited to objective assessment.”

McDonnell’s analysis of the subject unfolds over the course of the 28-page document, exploring concepts such as biofeedback, hemi-sync techniques, the resonance of the body’s various systems, the connection between consciousness and energy, “intervening dimensions”, quantum physics and astrophysics. McDonnell then describes the various techniques employed in the Gateway program and how they relate to the previously-outlined scientific concepts and their potential for use in practical intelligence gathering applications.

It’s notable that this document was written not to assess whether or not the techniques taught at the Monroe Institute work—indeed, it appears that McDonnell and the document’s recipients take it for granted that the results of the process are real phenomena—but rather to make an attempt to figure out how it all works, and if Gateway’s process can be accelerated to streamline training “for other USAINSCOM [United States Army Intelligence and Security Command] personnel who are required to take the Gateway training or work with Gateway materials.”

This acceptance of the program’s effects also appears to be borne from experience, as McDonnell himself was a participant at Gateway; as part of the Gondola Wish project, the Army contracted the Monroe Institute to train a number of agents in 1978, with their interest in remote viewing extending well into the 1980s.

Unfortunately, one of the pages of the report is missing; the CIA contends that it never received page 25—a plausible explanation. The bottom of page 24 is an existential discussion of how self-consciousness is produced:

Page 26, however, begins a new topic that discusses the motivational aspect of carrying out the program’s practices and offers no hints at what page 25 contained. Without the missing page, we can only imagine where McDonnell was going with this provocative train of thought.

A scan of the original document is available on the CIA’s website here. A text version is also available, although the image-to-text translation was imperfect. Regardless, the study is a fascinating read.

Subscribers, to watch the subscriber version of the video, first log in then click on Dreamland Subscriber-Only Video Podcast link.
2021-02-22
Previous Headline News Post: US Weather Catastrophe: Why is It So-o-o Cold?
Next Headline News Post: Have Megalith, Will Travel: Stonehenge May Have Been Relocated From Wales Nearly 5,000 Years Ago