Geomagnetic Flips Might Be More Disruptive Than Previously Thought 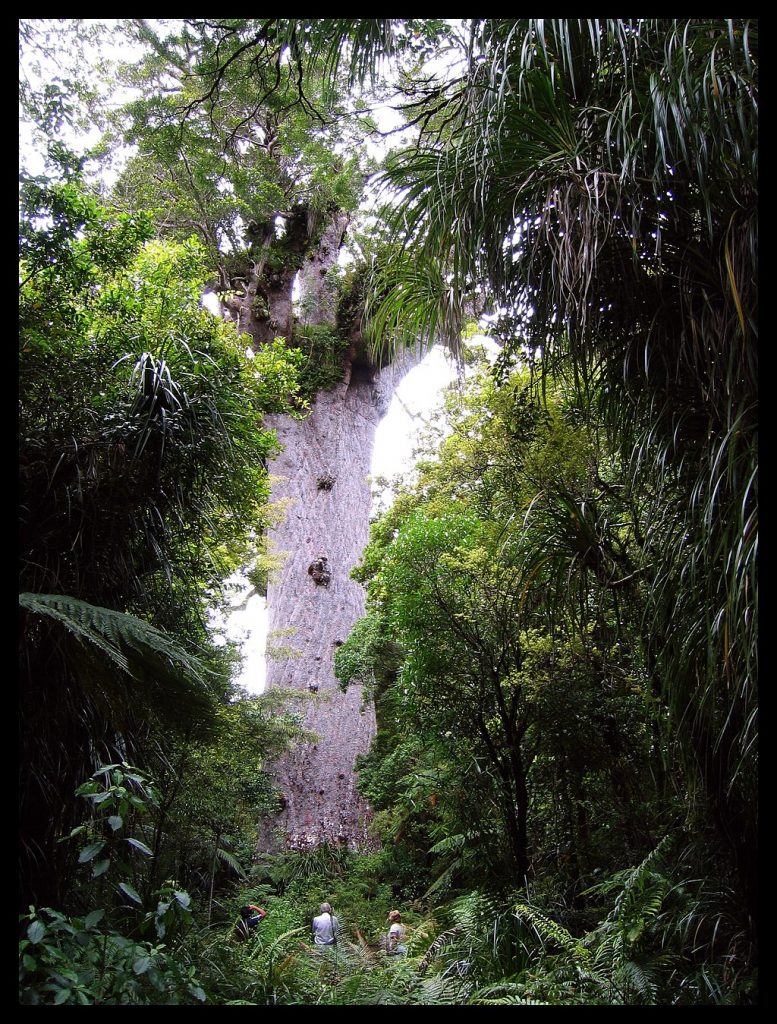 Although assumed that reversals in the Earth’s magnetic field has little noticeable impact on the living organisms on this planet, the discovery of well-preserved trees dating from the last geomagnetic reversal 42,000 years ago suggest that such an event may cause major disruptions for both the climate, and the planet’s multitude of species.

Geomagnetic reversals come in two flavors: –some are permanent north to south flips, which last occurred 780,000 years ago.   On the other hand some only last for a few centuries before the magnetic field returns to its original polarity; in an event called a magnetic excursion.  The most recent such event, the Laschamps excursion, happened 42,000 years ago.

Outside of disruptions to animal migratory patterns, it’s been hypothesized that these reversals have little effect on biological life when they happen, but the timing of the Laschamps excursion coincided with a number of remarkable events that happened at that time.  These included environmental changes involving dramatic growth in ice sheets, and alterations in global wind patterns that occurred then, including a shift in the planet’s tropical regions.  Also notable were a mysterious mass-extinction of a number of megafauna species, along with the demise of the Neanderthals; cave art also burst onto the scene at this time.

In the lead-up to these reversals, the planet’s magnetic field weakens, resulting in a period where the planet’s natural shield doesn’t provide adequate protection against incoming radiation, such as DNA-damaging ultraviolet light and cosmic rays. With the magnetic field dropping to 6 percent of the strength of what it is today, that would have allowed a great deal of high-energy radiation to reach the surface, possibly causing genetic damage that could drive vulnerable species to extinction, or perhaps prompt people to take shelter underground at a time when artistic expression was emerging.

“Even though it was short, the North Pole did wander across North America, right out towards New York, actually, and then back again across to Oregon,” explains Alan Cooper, an evolutionary biologist with Blue Sky Genetics and the South Australian Museum. The pole “then zoomed down through the Pacific really fast to Antarctica and hung out there for about 400 years and then shot back up through the Indian Ocean to the North Pole again.”

The study of ancient kauri trees that had been preserved for 42 millennia in a New Zealand swamp provided researchers with a unique opportunity to study a 1,700-year slice of history from that era. The wood laid down in the rings of the trees showed a substantial increase in the atmosphere’s carbon-14 content in the time period leading up to the magnetic reversal; as the Earth’s ability to shield the surface against incoming radiation decreases, the amount of cosmic rays—gamma rays originating from deep space—reaching into the atmosphere also increases, causing a reaction that converts regular nitrogen into carbon-14. Famous for its use in radiocarbon dating, carbon-14 is chemically indistinguishable from regular carbon (carbon-12), so it can join with oxygen to form carbon dioxide molecules; like regular CO2, this carbon-14 CO2 can be metabolized by plants, including the kauri trees.

An increase in ultraviolet radiation also breaks down the ozone in the atmosphere faster, affecting the planet’s climate. “If you damage the ozone layer, as we’ve found out, you change the way in which the sun’s heat actually impacts the Earth,” says Cooper. “And as soon as you start doing that, you change weather patterns because wind directions and heating goes AWOL, goes all over the place.” Additionally, the thin magnetosphere wouldn’t protect the surface against a strong solar storm or flare—or from increasingly severe sunburns even when the sun is quiet—forcing people to take shelter.

“This is what we think actually drove them into caves,” says Cooper; –perhaps the rise of cave art at the time was due to people sheltering underground.  “You would not want to be outside during daylight hours.”

The study’s authors caution that so far that many of these events only happen to coincide with the Laschamps excursion; an actual link to the geomagnetic reversal—provided one actually exists—has not been determined, but the remarkable number of climatological, biological and cultural events happening at the same time warrant further study, and suggest that these reversals might have a greater effect on life on Earth than we realized.

Subscribers, to watch the subscriber version of the video, first log in then click on Dreamland Subscriber-Only Video Podcast link.
2021-02-26
Previous Headline News Post: Have Megalith, Will Travel: Stonehenge May Have Been Relocated From Wales Nearly 5,000 Years Ago
Next Headline News Post: Coronavirus Vaccines Show Real-World Effectiveness, While the US Death Toll Surpasses 500,000