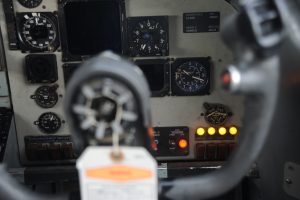 Although we may never know what truly happened to Malaysia Airlines Flight MH370, a new article published in The Atlantic has gathered enough evidence and analysis to determine that the missing airliner may have been taken over by its captain, whom depressurized the cabin early in the doomed flight to kill the passengers as part of a murder-suicide plot.

The disappearance of Flight MH370 is unprecedented in the history of civil aviation: on March 8, 2014, the Boeing 777-200ER took off from Kuala Lumpur International Airport at 12:42 AM, carrying 227 passengers and 12 crew, bound for Beijing Capital International Airport. At 1:19 AM, over the South China Sea, the flight’s captain, 53-year-old Captain Zaharie Ahmad Shah, answered Kuala Lumpur air traffic control’s instructions to contact Ho Chi Minh control when they entered Vietnamese airspace with “Good night. Malaysian three-seven-zero.” It was the last words heard by the outside world from MH370.

Partway across the South China Sea, MH370 dropped off of civilian radar, its tracking transponders having been disabled—likely a result of the aircraft’s electrical systems having been turned off. The aircraft then executed a tight turn to the southwest, over the Malay Peninsula, toward the city of Penang; it is during this abrupt course change that the aircraft climbed sharply from its cruising altitude of 35,000 feet to 40,000 feet. According to electrical engineer Mike Exner, an engineer with an internet-based organization investigating the disappearance of MH370 called the Independent Group, this maneuver was likely to expedite the depressurization of the cabin.

“An intentional depressurization would have been an obvious way—and probably the only way—to subdue a potentially unruly cabin in an airplane that was going to remain in flight for hours to come,” William Langewiesche, the author of the Atlantic article, writes of Exner’s analysis. Indeed, MH370 remained aloft for another six hours, on a southbound course that would have taken it to a point in the middle of the Indian Ocean.

The oxygen masks that would have automatically deployed would have proven useless in keeping the passengers alive: with only 15 minutes of oxygen available, this emergency system is meant to sustain the passengers while the aircraft makes an emergency descent to below 13,000 feet, where there would be enough air pressure to safely enable everyone to breathe. But at 40,000 feet, everyone would have suffocated.

The cockpit on a 777, however, has access to four pressurized masks that contain hours worth of oxygen, a supply more than sufficient to allow whomever had taken control of MH370 to reach the end of their fateful flight, although it is likely that the cabin was repressurized when the aircraft’s electrical systems were reactivated at 2:25 AM.

It is well established that MH370 was hijacked and deliberately crashed into the Indian Ocean, as evidenced by the plane’s tight maneuvering, flight path, and eventual plunge into the sea—a crash violent enough to have shredded the aircraft into the scraps that were later recovered along the African coast—but who was responsible for killing all 239 souls on board the flight? A joint international investigation into MH370’s passengers, thorough enough to have uncovered two Iranian refugees traveling with stolen passports, cleared everyone on the flight of a potential terrorist takeover. Instead, Langewiesche’s investigation pointed to someone that the Malaysian authorities had previously cleared: Captain Zaharie Ahmad Shah.

Contrary to previous descriptions by Malaysian authorities of Captain Zaharie as a stable, well-adjusted individual, it turned out that he was a lonely individual that was estranged from his wife, and may have been clinically depressed. Zaharie also had a home-built flight simulator that he used to conduct practice flights; in-of-itself, this is not unusual, but amongst Zaharie’s simulated flight logs was a course similar to the one MH370 is known to have taken, a fact that is too coincidental to ignore.

Langewiesche also interviewed a lifelong friend of Zaharie, a fellow 777 captain, who had reluctantly come to the conclusion that his friend had orchestrated the destruction of Flight MH370. “It doesn’t make sense. It’s hard to reconcile with the man I knew. But it’s the necessary conclusion.” This source described Zaharie’s marriage as “bad”, and that his wife knew of previous affairs Zaharie had conducted with flight attendants.

Langewiesche believes that the Malaysian police know more than what they have already disclosed, participating in a cover up to not obfuscate any specific secrets, but rather to prevent the inadvertent unveiling of any unknown secrets that could cause problems for their superiors, part-and-parcel of a corrupt culture perpetuated within the Malaysian government.