DoD UFO Videos Confirmed to be Genuine, Don’t Expect the Navy to Release More in the Future 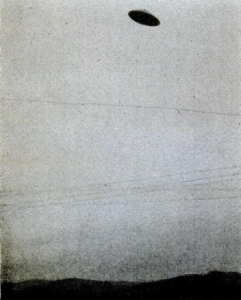 Ever since the release of a series of formerly classified gun camera footage of UFOs in 2017 that were encountered by U.S. Navy aircraft, allegations that the infamous “Gimbal”, “Go Fast” and “Tic-Tac” videos were not actually released through the Department of Defense have been made, casting doubt on the legitimacy of what would otherwise be high-quality UAP evidence. Those allegations are now moot in light of new evidence, provided by a former Pentagon official, that they were indeed released through military channels. And the U.S. Navy has confirmed that while it plans to institute new procedures that will allow their personnel to report UFO encounters, the public should not expect to be kept in the loop when such sightings occur, as the reports of these encounters are likely to remain classified.

The former head of the Pentagon’s Advanced Aerospace Threat Identification Program (AATIP), Luis Elizondo, has provided KLAS-TV reporter George Knapp with evidence that the three videos in question were given proper clearance for release by the DoD, following a formal request by Elizondo.

“The videos were released by the Department of Defense. The Department of Defense made the decision to release them,” Elizondo stated in his interview with Knapp. Elizondo also provided Knapp with the “DD1910” form he submitted to have the videos cleared “For Open Publication”, as evidenced by a stamp on the form, dated Aug 24, 2017, for “research and analysis ONLY and info sharing with other USG and industry partners for the purposes of developing a database to help identify, analyze, and ultimately defeat UAS threats”, according to the form.

Although the form indicates that the videos are not specifically cleared for public release, this DD1910 form is evidence that the three videos,  “Gimbal”, “Go Fast” and “Tic-Tac” (then known as “FLIR”), are indeed genuine videos of unknown objects filmed by U.S. Navy personnel. Elizondo’s DD1910 form itself has been verified by The Black Vault’s John Greenewald, Jr., in an email response from the Pentagon to his inquiry into possible procedural irregularities on the form.

But the public probably shouldn’t expect the release of more videos of this caliber, despite the Navy’s recent announcement that they are drafting new procedures that will allow personnel to report UAP sightings. In a statement released on May 1, Deputy Chief of Naval Operations for Information Warfare spokesperson Joe Gradisher said that the Navy plans to keep such reports under wraps, for a variety of reasons.

“Military aviation safety organizations always retain reporting of hazards to aviation as privileged information in order to preserve the free and honest prioritization and discussion of safety among aircrew,” according to Gradisher. “Furthermore, any report generated as a result of these investigations will, by necessity, include classified information on military operations.

“Therefore, no release of information to the general public is expected.”

In addition to promoting clear communication amongst the witnesses and whomever they’re reporting to, most of these encounters are expected to occur while the witness or witnesses are participating in a military operation, meaning the information would be automatically classified to protect the integrity of the operation itself. While this about-face in the official attitude toward UAPs is an important step in the de-stigmatization of the subject, Elizondo is skeptical as to whether or not the buried reports will reach the individuals that could make good use of them.

“If it remains strictly within classified channels, then the ‘right person’ may not actually get the information. The right person doesn’t necessarily mean a military leader. It can be a lawmaker. It can be a whole host of different individuals,” Elizondo told the Washington Post. However, even if the reports themselves aren’t released to the public, the Navy could still safely release statistics on sightings, and individual reports could be made available to members of Congress cleared to receive such information.

Subscribers, to watch the subscriber version of the video, first log in then click on Dreamland Subscriber-Only Video Podcast link.
2019-05-27
Previous Headline News Post: Welcome to the NEW Unknown Country!
Next Headline News Post: ‘I Almost Hit One of Those Things’: More US Navy Pilots Come Forward with their UFO Encounters