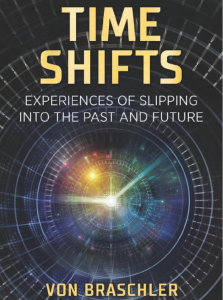 Von Braschler, author of the classic Seven Secrets of Time Travel, returns to Dreamland with news of his latest research into movement through time, its reality, and exercises that are meant to facilitate it. (In the 3rd half-hour, Whitley describes using one of the exercises himself.) Listen as Von Braschler tells spellbinding stories of movement through time that will leave you thinking that maybe it IS possible.

A classic example of Dreamland high adventure at its very best!

To explore Von Braschler’s work further and get his book, click here.