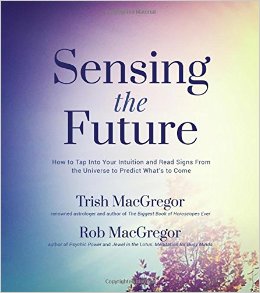 Trish and Rob MacGregor are frequent and eagerly anticipated guests on Dreamland and they’re back with Sensing the Future: How to Tap into Your Intuition and Read Signs from the Universe to Predict What’s to Come.

In the first half of the show they offer some new explanations about precognition and how to see the future in ways that actually work, but the second half is where it really gets eerie when Whitley brings out his personal dream book and begins discussing his recurrent dreams of a mind-boggling inundation.

But what do the dreams mean, really? Rob suggests that maybe a profound spiritual change is coming. Or could it be an actual flood somewhere of unparalleled proportions?

This is an interview, but it’s also a journey into the unknown with some very knowledgeable people.