First, Dynamite Abduction Docu the Seeding, then Mysteries of the Denisovans: Terror in the Americas

Home  »  Dreamland Podcast   »   First, Dynamite Abduction Docu the Seeding, then Mysteries of the Denisovans: Terror in the Americas 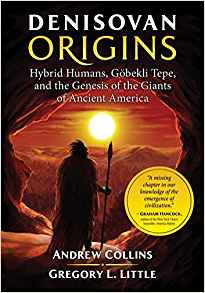 First, Jon Sumple, creator of The Seeding, the dynamite new documentary about abductions, tells us about his experiences making the film, why he did it and what he learned about the abduction phenomenon while making this explosive film.

Then we go back in time to ancient America, and a time of extraordinary upheaval and change.

It is no longer controversial that a great catastrophe befell planet Earth about 12,000 years ago. The worst of this upheaval involved North America. The continent first burned, literally from coast to coast, then flooded as the Laurentide Glacier melted. This left a geologic feature now found all over the continent called the Black Mat, and it also eliminated American horses, giant ground sloths, mastodons, mammoths and many other creature, including virtually every human being on the continent except in the Pacific Northwest.

But that isn’t the whole story, not by any means, and this week Greg Little returns to Dreamland, taking us back to that era and before, and showing that human populations, especially in South America, date back many thousands of years prior to what is conventionally taught, and that the Americas are a place of extraordinary spiritual power and great mystery.

Enthralling from beginning to end!