Facing Our Shadows: Ray Grasse on Mysteries, Alien Encounters and the Onrushing Future 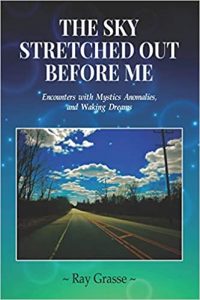 Ray Grasse is one of the pre-eminent astrologers of our time, with a specialty in world astrology that looks at life, culture and nations from an astrological perspective. In the first hour of the show, he tells us about his life experiences, which include a mind-boggling story from an unknown Roswell witness who gathered the remains of bodies in the autumn of 1947, apparently from a crash that remains to this day completely unknown. THEN, in the subscriber part of the interview, he explains that we are at a pivot point of change ruled by Pluto, and details what this means and what to expect. There is a reason that Whitley Strieber has called him “one of the world’s great astrologers,” and the clarity of this information tells us why. To read one of Ray’s startlingly predictive articles from 2019 in Mountain Astrologer, click here.

Get Ray’s lovely, deep inner dive of a new book, The Sky Stretched Out Before Me. Click here.