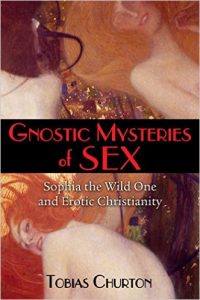 A very long time ago, Christian leaders decided two things: 1, that sexuality was an unwanted necessary evil; and 2, that women were by their very natures an occasion of sin. These two ideas have affected the religion ever since. And yet, hidden in its past is a very different vision of the human experience, one in which sexuality was celebrated as sacred and women were looked upon like men, as holy beings. This week on Dreamland, we explore early Christian sexuality and morals.

Tobias Churton is one of the world’s leading scholars of Western Esotericism, an authority on Gnosticism, Hermeticism and Rosicrucianism. He is an Honorary Fellow of Exeter University and holds a masters degree in theology from Brasenose College, Oxford.

As always, Dreamland takes you where others dare not go. It is time for Christians to re-envision themselves as children of God in both soul AND body, and embrace a theology of joy that sees the sacred in the pleasurable, without guilt.