DNA of the Gods 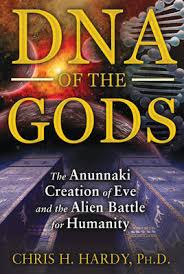 Chris Hardy is a cognitive and systems scientist who holds a doctorate in psychological anthropology. She is also an expert in a very esoteric area: the question of whether or not there is evidence of genetic engineering in human evolution. Her new book, DNA of the Gods, the Annunaki Creation of Eve and the Alien Battle for Humanity makes as deep a case as has ever been made for the proposition that we are genetically engineered, and that Sumerian tablet contain a record of these much earlier events that can be read and understood.

Is she right, or is conventional science right, that the sudden leap from more primitive humanoid species to homo sapiens can be explained by accepted evolutionary theory? Listen as she makes a case made in the past by the late Zechariah Sitchin, but expanded on here with more recent scientific evidence.