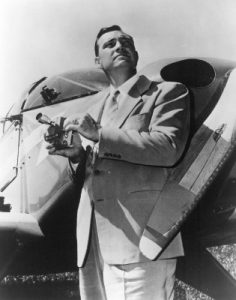 Shanelle Schanz is the granddaughter of Kenneth Arnold, the man who unwittingly coined the term flying saucer. He saw nine silvery objects in the sky on June 24, 1947. This happened while flying alone in his private plane near Mount Rainier in Washington state. While certainly not the first sighting of its kind, it was the one that exploded onto the national stage, ushering in the flying saucer craze that forever changed the popular consciousness.

He died in 1984 at the age of 68. His daughter Kim Arnold has spoken publicly about her father, she described the difficulties that his sightings created in his life. Shanelle has taken over the role of family spokesperson, to keep his memory alive

Shanelle talks about her grandfather and how his experiences impacted their family over several generations. There is a lot more to the story, well beyond simply seeing something unusual in the sky.

After the formal interview ends, there is a twenty-minute excerpt from Mike’s book Stories from The Messengers. It is a full chapter on Kenneth Arnold and experiences that go way beyond just seeing something unusual in the sky. Accounts of other UFO sightings, floating orbs, psychic events, and government harassment.