Houston resident Lee Wutang was walking her dog shortly after sunset on June 27 when a neighbor pointed out a cluster of five strange glowing orbs drifting along the horizon. Wutang reported that the objects she recorded appeared to be a “cool white color” that were otherwise silent in a mostly-cloudless sky. Toward the end of the video a sixth orb appears to be racing to catch up with the others, suggesting that the formation wasn’t made up of objects that were simply drifting along with the wind.

A bewildered Wutang can be heard on the video exclaiming “that’s crazy” and “wow, that’s nuts” in response to the sighting. She says “they’re so fast” while she captures the speeding sixth object as it catches up to the rest of the group.

Suggestions have been made that these objects might have been part of SpaceX’s Starlink satellite constellation, but the distribution of the formation, along with the rapid movement of the tardy object toward the end of the video, fail to match the typical in-line distribution that these satellites are known to take. In the video, Wutang can also be heard saying “they’re kinda like lining up, too,” implying that the out-of-frame formation was becoming more organized.

There is also the possibility that these might be a fleet of high-altitude drones, although they appear to lack FAA-mandated blinking anti-collision lights. 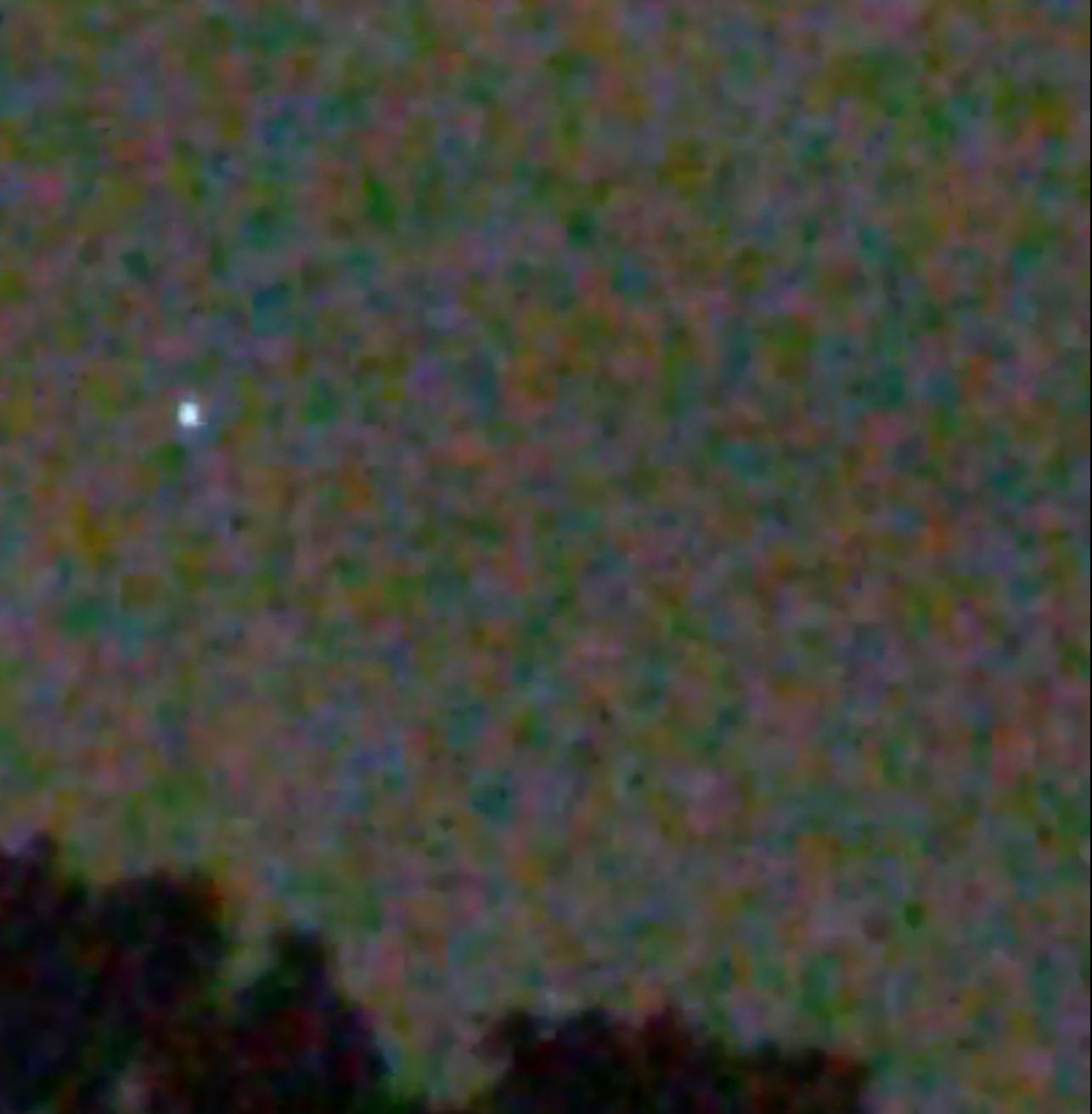 Thanks to Coast to Coast AM for referring us to this story!

Subscribers, to watch the subscriber version of the video, first log in then click on Dreamland Subscriber-Only Video Podcast link.
2020-07-10
Previous Out There Post: Unknowncountry User Gets a Nighttime UFO Video
Next Out There Post: Dog Walker Captures Strange Orb Formation Over Houston