The Nazca Lines Have 143 New Members in Their Geoglyphic Family 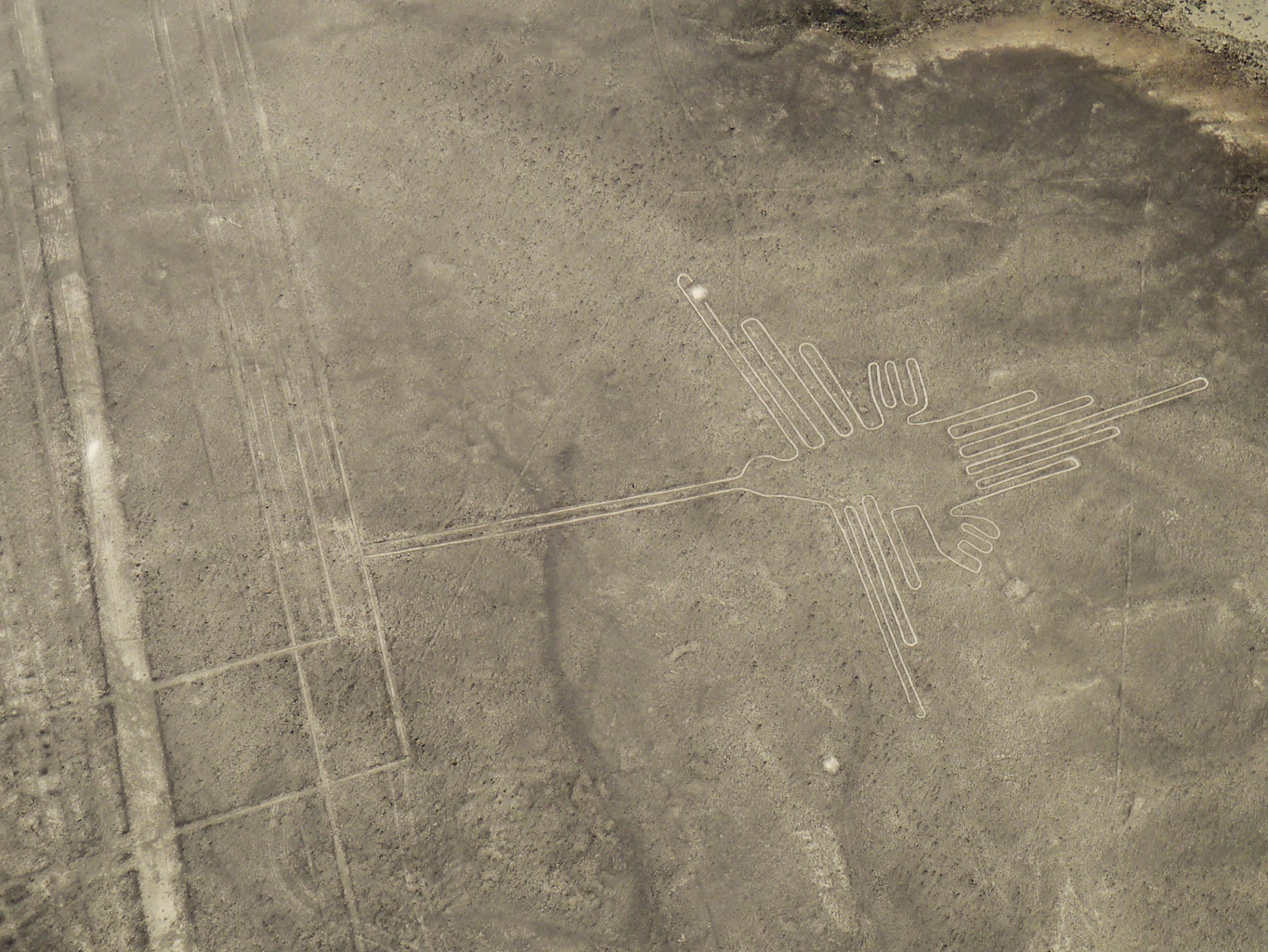 While it has been said that Peru’s famous Nazca Lines are meant to be seen only from someone traveling through the air, researchers searching for more of the massive earthworks in the region took that saying a step further, and using satellite imagery and AI discovered 143 previously-undiscovered geoglyphs across the Nazca plateau.

The newly-uncovered figures range in size from five to 100 meters (16.4 to 328.1 feet) in length, and depict a wide variety of subjects, including what appear to be people, birds, monkeys, fish, reptiles, and a number of abstract designs. Like their better-known counterparts on the Nazca plateau, these geoglyphs were made by removing the dark topsoil to reveal the light-colored sand underneath.

The research team, led by cultural anthropologist Masato Sakai, at Japan’s Yamagata University, found that the larger geoglyphs tend to depict animals, with a minimum size of 50 meters (164 feet), and were made between 100 and 300 CE, towards the later years of the Nazca civilization. The team labeled this group of geoglyphs as “Type A”.

Type B geoglyphs were somewhat older, ranging between 100 BCE and 100 CE, and were often found on slopes and along paths, leading Sakai’s team to believe that they may have been used as navigational aids to people traversing the landscape. Additionally, on-the-ground studies of the Type A sites uncovered pottery shards, suggesting that they were used for ceremonial rituals.

One particularly hard to spot geoglyph, featuring a five-meter (16.4-foot) humanoid figure that is holding a wand and appears to be wearing a headdress and mask of some sort, is barely visible and was only spotted with the help of the IBM Watson Machine Learning Community Edition, a deep learning AI system. In this case the AI was specially trained to look for patterns in satellite imagery that might be artificially-produced geoglyphs.

Researchers are racing to uncover potential archaeological sites so that they can be preserved before the areas that the geoglyphs are in can be developed for use by modern humans.

“The expansion of urban areas in Nazca has brought damage to the lines, resulting in a trend that has drawn attention as a social issue,” according to the announcement made by Sakai’s team. “There is an urgent need to gain an accurate understanding of the geoglyphs’ distribution so that work can be done to protect them.”

Subscribers, to watch the subscriber version of the video, first log in then click on Dreamland Subscriber-Only Video Podcast link.
2019-11-22
Previous Headline News Post: Arctic Sea Ice Extent Hit A Record Low for the Month of October
Next Headline News Post: America’s Nuclear “Tomb” is being Threatened by Global Warming