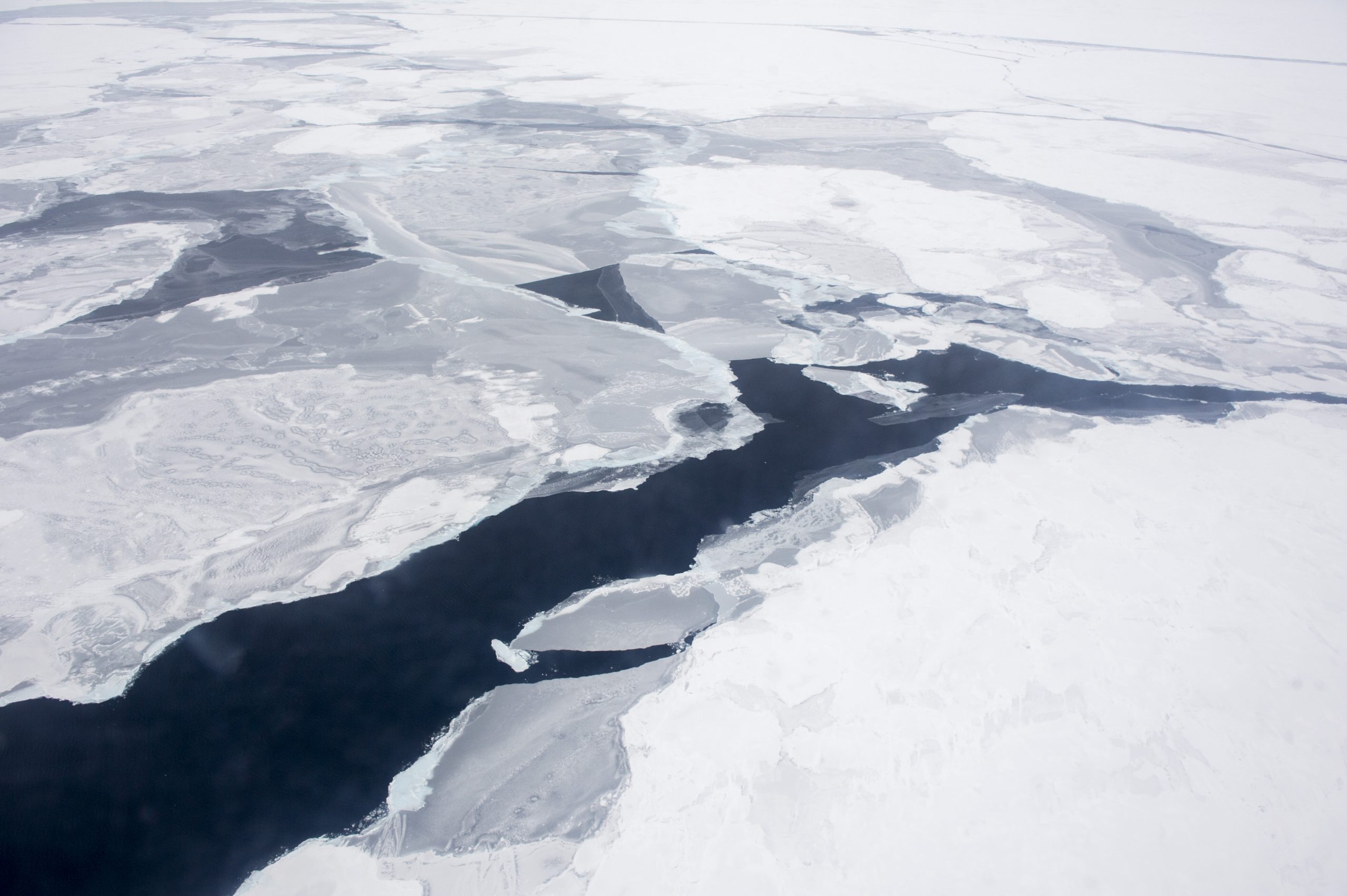 On a day-by-day measurement, October 2019 started out as only having the third-lowest sea ice extent, but by October 13 slow ice growth worsened that dubious distinction, with ice growth between that day and October 30 lagging well behind 2012’s previous record. Conditions began to improve by October 31, closing the month out by  tracking only slightly above the second-lowest daily record holder for 31 October, 2016.

Although autumn ice growth this season has been rapid along the coastal seas of Siberia, extensive stretches of open water remain in the Chukchi and Beaufort Seas, resulting in unusually high air temperatures in those areas; Baffin Bay is also seeing slower than normal growth of seasonal sea ice.

This low ice extent and slow seasonal growth is due to abnormally warm conditions in various regions around the Arctic, including temperatures 2°C to 5°C (36°F to 41°F) above normal in early October throughout large areas of the Chukchi, Laptev, Kara, and Barents Seas.

“High sea surface temperatures imply considerable heat storage in the ocean surface layer, consistent with delayed freeze-up in those regions,” according to the Arctic Sea Ice News & Analysis, published by NOAA’s National Snow & Ice Data Center. Air temperatures followed suit, at 1°C to 4°C (2°F to 7°F) above average over most of the Arctic Ocean, with temperatures north of Greenland reaching a full 7°C (13°F) above the 1981 to 2010 average.

June and July of this year also broke low-ice extent records for their respective months, with July’s heat wave baking a full millimeter of ice off of Greenland’s ice sheet in one day (July 31), resulting in an estimated 0.28 millimeter rise in sea levels on that day alone. Improved conditions over August and September resulted in those months only seeing the second and third lowest sea ice extents, respectively, but ice growth through the first half of November is nearly neck-and-neck with 2012’s growth rate, and the long-range forecast for the Arctic this winter is for above normal temperatures.