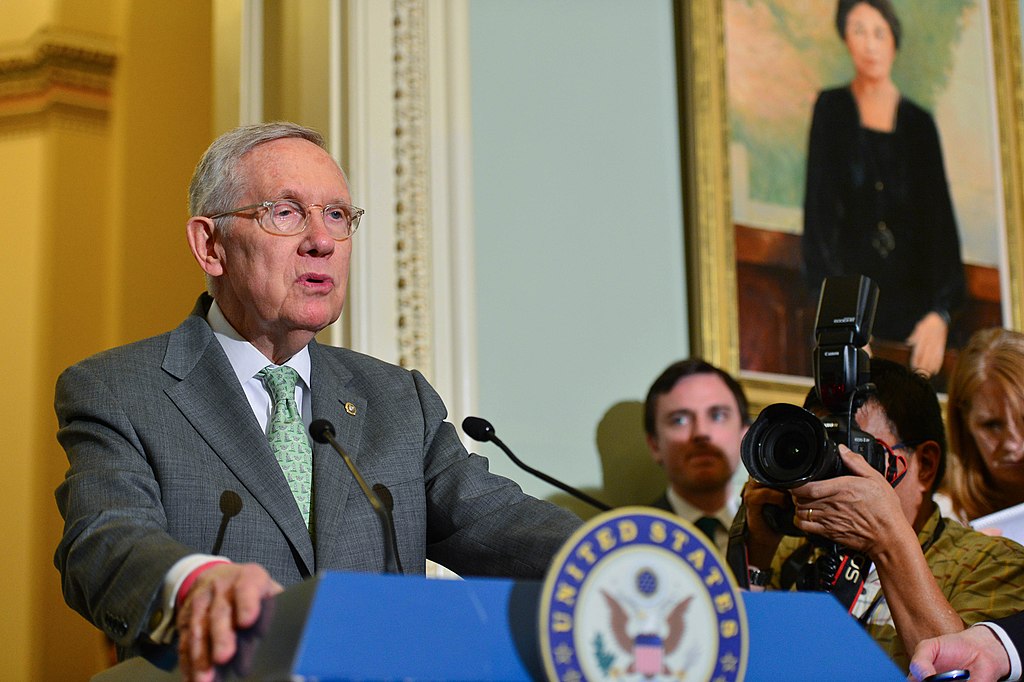 Senator Harry M. Reid, a Democrat of humble beginnings from rural Nevada, who guided the Affordable Care Act through when he was Senate majority leader, died on Tuesday in Henderson, Nev.  He was 82.

He was the most outspoken opponent of UFO secrecy ever to serve in the Senate, and began the bipartisan move toward disclosure that s now being championed by Democrat Kristen Gillebrant and Republican Mario Rubio.

Senator Reid had been battling pancreatic cancer since 2018.  Earlier this month Las Vegas renamed its airport in his honor – he fortunately lived to witness this transformation.
His political career overcame a poverty stricken childhood.  He was first elected to the Senate in 1986,  and became majority leader after the 2004 election.

Yesterday President Obama said “I wouldn’t have been President” without Mr. Reid’s support.  In a tweet of a letter requested by Harry Reid’s wife, Landra, Mr. Obama sent the following wishes “Enjoy your family, and know you are loved by a lot of people, including me.  The world is better cause of what you’ve done.  Not bad for a skinny, poor kid from Searchlight.”

In addition to his many accomplishments in the US Senate, Mr. Reid’s work supporting the quest for knowledge in the arena of UAP/UFO phenomena was remarkable for a politician of his stature.  In a piece he wrote for the NY Times, Mr. Reid carefully embarked on an explanation of his fascination on the subject, and clearly articulated his support for disclosure.

“Over the following years, as I became increasingly interested in U.F.O.s — in part through my conversations with former astronaut John Glenn, a fellow senator with a similar curiosity — my staff warned me not to be seen to engage on the topic. “Stay the hell away from this,” they said. I politely ignored them. I was inquisitive and, like Senator Glenn, I thought it was an issue that demanded attention, and I was in a position to act…

Let me be clear: I have never intended to prove that life beyond Earth exists. But if science proves that it does, I have no problem with that. Because the more I learn, the more I realize that there’s still so much I don’t know.”

It was a life well and courageously lived.  Thank you, Harry Reid.

Subscribers, to watch the subscriber version of the video, first log in then click on Dreamland Subscriber-Only Video Podcast link.
2021-12-29
Previous Headline News Post: The Mystery Behind the Rejuvenating Effects of Young Blood May Have Been Unlocked
Next Headline News Post: Through Analysis of Ancient DNA We Learn that Mammoths & Ancient Horses Survived Millenia Longer than Previously Thought