The FBI has Released its X-Files on Bigfoot 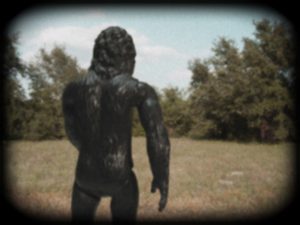 It mightn’t be based on what Agent Mulder had or had not seen while out for a night of “squatchin”, but the Federal Bureau of Investigation has released the documents regarding its official investigation into the elusive cryptid known as Sasquatch, or Bigfoot.

Published on the FBI’s “The Vault” website for their files available for public access on June 5, 2019, the documents consist of correspondence between the Bureau and Oregon’s Bigfoot Information Center and Exhibition (BIC) between August 26 and March 8, 1977, including internal memos discussing the nature of the case.

In an August 26, 1976 letter to the FBI, BIC director Peter C. Byrne requested that the Bureau confirm as to whether or not they had been sent samples of what were believed to be Sasquatch hair, and if any analysis had been performed on the samples.

“Will you kindly, to set the record straight, once and for all, inform us if the FBI., has examined hair which might be that of a Bigfoot; when this took place, if it did take place; what the results of the analysis were,” Byrne asks in his letter.

Specifically, Byrne appears to have been trying to confirm a story in The Washington Environmental Atlas, produced by the Army Corps of Engineers in 1975, that included a profile on Sasquatch sightings in Washington State. The profile included mention of a hair sample that had been analyzed by the FBI, with the conclusion that “… no such hair exists on any human or presently-known animal for which such data are available.”

Byrne received a reply from then Assistant Director of the FBI Scientific and Technical Services Division, Jay Cochran Jr., that although his office had received a number of such requests regarding this alleged analysis, he had “been unable to locate any references to such examinations” in their files.

On November 24, Byrne sent Cochrane a request that the Bureau analyze a sample of hair attached to the letter, saying that “we do not often come across hair which we are unable to identify and the hair that we have now, about 15 hairs attached to a tiny piece of skin, is the first that we have obtained in six years which we feel may be of importance.”

In light of stories about Bigfoot making the rounds in newspapers such as the New York Times, the FBI decided it would be worth looking into “in interest of research and scientific inquiry,” despite such an investigation being outside the Bureau’s mandate of investigating criminal activity.

Although one might expect a request for an analysis of Bigfoot hair to be met with dismissiveness by a mainstream investigative organization such as the FBI, the Bureau seems to have taken Byrne’s request seriously. In a February 24, 1977 reply to Howard S. Curtis, the Executive Vice President of The Academy of Applied Science—an organization associated with the BIC—Cochran outlined the tests performed on the sample provided by Byrne.

“The hairs which you recently delivered to the FBI Laboratory on behalf of The Bigfoot Information Center and Exhibition have been examined by transmitted and incident light microscopy,” Cochran explained. “The examination included a study of morphological characteristics such as root structure, medullary structure and cuticle thickness in addition to scale casts. Also, the hairs were compared directly with hairs of known origin under a comparison microscope.”

Unfortunately, the FBI’s lab came to the conclusion that the hair sample came from a creature less exotic than Sasquatch.

“It was concluded as a result of these examinations that the hairs are of deer family in origin.”

While the conclusion to the Bureau’s investigation into this particular case isn’t the smoking gun cryptid watchers might be looking for, this case isn’t necessarily the only files the FBI has on Sasquatch; perhaps there are more documents that may one day come to light. And even if no more information is forthcoming from the FBI, that doesn’t mean that Bigfoot still isn’t out there.