Storming Area 51 is a Bad Idea, According to Bob Lazar 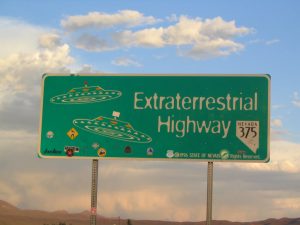 A Facebook event called “Storm Area 51, They Can’t Stop All of Us”, scheduled for September 20 this year, calls for the event’s attendees to storm the highly-classified Area 51 facility located in the Nevada desert. Since its posting in early July, nearly two million people have signed up to attend the event, with an additional 1.4 million listed as interested. Needless to say authorities, including the US Air Force and local police, are discouraging any attempt to proceed with the event, and the whistleblower that put Area 51 on the map, Bob Lazar, is also warning against anyone taking such a such a foolhardy—and potentially deadly—action.

Conceived as a satirical joke by Bakersfield, California resident Matty Roberts, the event calls for attendees to assemble at the Area 51 Alien Center tourist attraction in Amargosa Valley, Nevada, on September 20, and then proceed to invade Area 51 itself.

“If we naruto run, we can move faster than their bullets. Lets see them aliens,” Roberts’ description of the event reads, referring to a style of running used by ninjas in Japanese anime; along with the notion of the attendees being able to run faster than bullets, trying to run like a cartoon ninja is an indication that the event was meant to be a joke.

Roberts came up with the idea after watching an interview of whistleblower Bob Lazar and documentary filmmaker Jeremy Corbell on a recent episode of The Joe Rogan Experience. Lazar and Corbell were discussing the recent release of their Netflix documentary “Bob Lazar: Area 51 & Flying Saucers” on the popular podcast.

Bob Lazar, the former Los Alamos National Laboratory researcher that brought the secretive Area 51 base to public attention in 1989, is also discouraging any attempt to storm the Groom Lake facility, calling it a “misguided idea”. In an Instagram post, Lazar points out that despite the event’s conception as a joke, there still appears to be a large number of people that intend to follow through with their invasion of the facility, an action that would prove to be not only fruitless, but could also have dire consequences.

“There are no aliens or alien technology located there,” Lazar posted. “The only place there was ever any alien technology was at Site S4, south of Area 51 proper. That was 30 years ago. S4 may have moved decades ago or it’s possible it’s no longer being used for the project. I do not support this ‘movement’.”

Lazar also warns that the people protecting the base’s secrets will use deadly force if they need to. “The last time someone tried to get in Area 51 he was shot,” Lazar says, referring to a January 28 incident that resulted in the death of a civilian that trespassed on the government facility’s grounds, after he was shot by Nevada National Security Site (NNSS) officers.

Despite not intending to storm Area 51 himself, Roberts is looking to take advantage of the massive interest in people gathering in the small town of Rachel, Nevada, to hopefully coordinate a much safer extraterrestrial-themed festival.

“It started out just from a pure stroke of imagination,” Roberts explained of his original intent when posting the Facebook event, in an interview with Las Vegas’ KTNV. “It’s just meant to be funny. I wanted to do something cool out there now that we have a bunch of people, but I don’t want anybody to get hurt.”

“It’s not going to be a military base slaughter,” Roberts continued. “It will actually be something really fun, educational, maybe music and art. That’s what I’m working on.”https://news.avclub.com/hell-yeah-its-finally-time-for-the-people-to-rise-up-a-1836309741