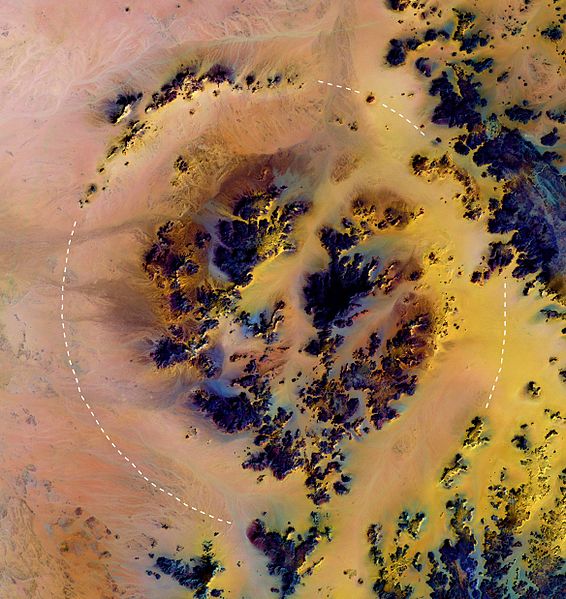 Further evidence has been uncovered pointing toward a large asteroid or comet that impacted the Earth 12,800 years ago, toward the end of the last ice age, an event that may have triggered the extinction of numerous species of large mammals, and disrupting human populations around the globe.

This new evidence, found at the Wonderkrater site in South Africa’s Limpopo Province, takes the form of a large concentration of platinum in sedimentary layers dated back to 12,800 years before present. The presence of large amounts of platinum in a soil or rock layer are indicative of a major meteor impact, as asteroids and comets tend to be rich in the exotic metal. At a depth of 36 centimeters (1.2 feet), platinum concentrations spiked at 10.88 micrograms per kilogram of soil, well over twenty times the amount found in other nearby layers.

This layer of platinum, the first to be found in Africa at this depth, joins the growing list of over 25 sites around the world with the same chemical signature, including sites in North and South America, Greenland, Western Europe, and the Middle East, indicating that whatever deposited the layer of platinum did so worldwide. In late 2018, a massive impact crater was found partially hidden under Greenland’s Hiawatha Glacier that may have been made at the same time as the proposed Younger Dryas impact.

This impact, dubbed the Younger Dryas impact hypothesis, proposes that the Earth was struck by a large asteroid or comet roughly 12,800 years ago, at the end of the Pleistocene, and may have ushered in a brief period of cooling between 12,900 and 11,700 years ago known as the Younger Dryas. This period of climate upheaval saw the extinction of numerous species of megafauna around the world, the decline and disappearance of North America’s Clovis peoples, and may be the cause behind a decline in stone tool use across Africa at the time.
The event also appears to have impacted human culture profoundly enough to have generated myths describing the catastrophe that survive to this day, including those found in Australian Aboriginal oral traditions; indeed, the ancient archaeological site located at Göbekli Tepe may have been deliberately buried in anticipation of a potential cometary impact.

“Our finding at least partially supports the highly controversial Younger Dryas Impact Hypothesis,” explained Francis Thackeray of the Evolutionary Studies Institute at South Africa’s University of the Witwatersrand, who led the study. “We seriously need to explore the view that an asteroid impact somewhere on Earth may have caused climate change on a global scale, and contributed to some extent to the process of extinctions of large animals at the end of the Pleistocene, after the last ice age.”

“Then, recently, another study was published showing a platinum peak at Pilauco, Chile, indicating that South America was affected,” West continued. “Now, we know that southern Africa was affected as well, nearly 8,000 kilometers [5,000 miles] away from the nearest similar site in Syria, making this a global event.”