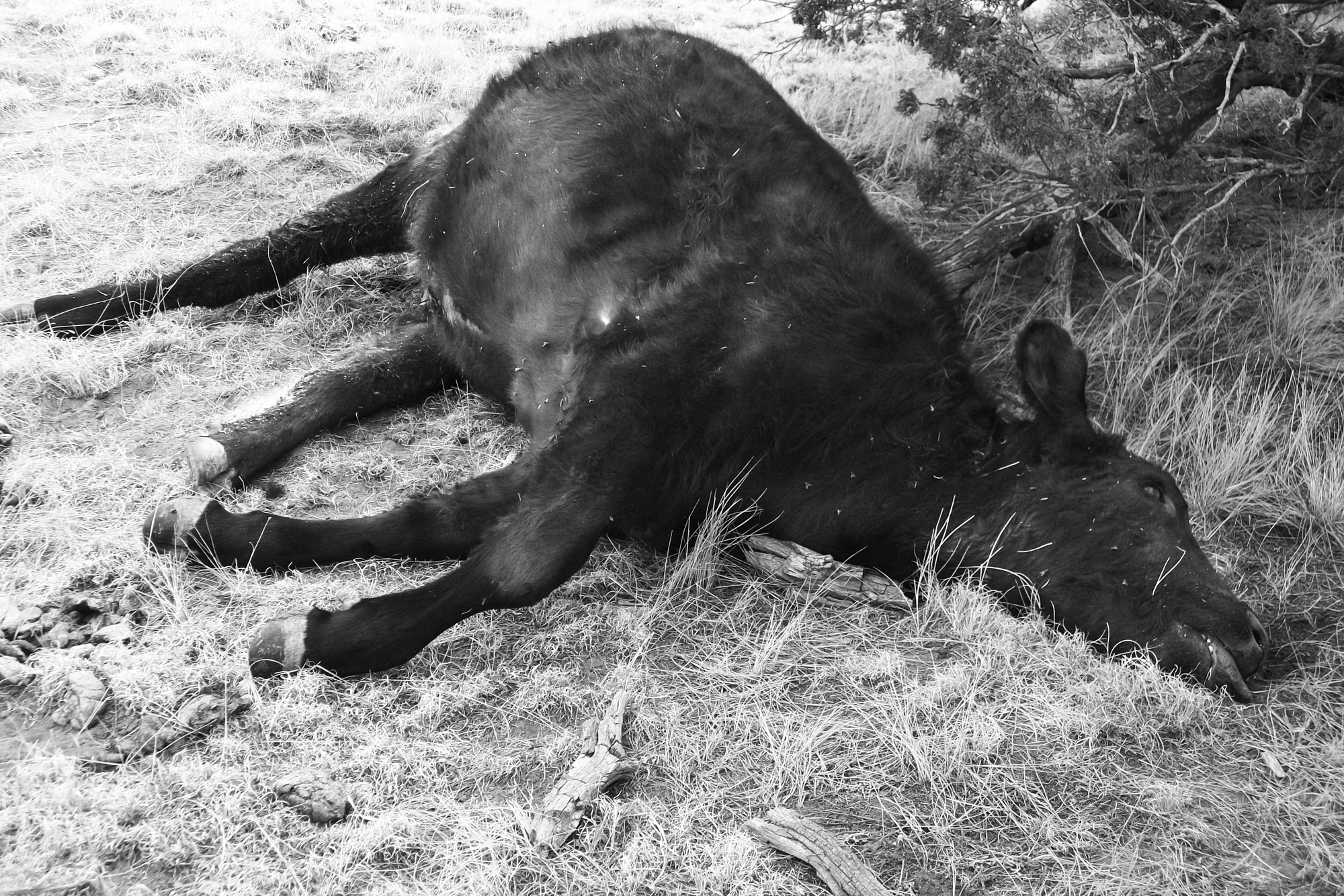 Five prize bulls from an Oregon ranch were found dead in late July, with each carcass showing classic signs of the mysterious phenomenon known as cattle mutilation. Authorities are investigating the case under the assumption that the animals were killed by humans for unknown reasons, although they currently have no leads or suspects.

The animals, valued at $7,000 each, were discovered in late July, two on the 30th, and 3 more on the 31st, and were estimated to have been dead for at least 2 to 3 days before they were found. The three investigating authorities—the Harney County Sheriff’s Office, the Oregon State Police and the Malheur National Forest Emigrant Creek Ranger District—all have no leads and cannot determine a cause of death.

The carcasses were found bloodless, with their anus, scrotum, testicles and tongues removed. One bull was also missing its penis and the tip of one ear. A metal detector scan revealed that the bodies had no bullets in them; no poisonous plants were found in the vicinity, and the National Weather Service reports that there were no major lightning storms in the area that could have killed the bulls. Additionally, no tracks were found in the area, and no signs of a struggle were present, with no rope burns on trees, no scattered hoof prints, strangulation marks, or splattered blood found. The bulls, according to Colby Marshall, vice president of Silvies Valley Ranch that owned the bulls, says that they look like they simply fell over and died.

Although the Oregon Cattlemens Association (OCA) says that the missing body parts are typically the first choice of predators and scavengers such as wolves and coyotes, Harney County Sheriff’s Office Deputy Dan Jenkins says that the wounds show no evidence of being chewed on, but appear to have been clean-cut.

“The parts were definitely cut out with a sharp blade,” according to Jenkins. “There weren’t any signs of predatory eating or chewing. They were cut out by at least one person.”

The authorities are proceeding under the assumption that the deaths were caused by humans, either individuals that are looking to hurt the ranchers financially, or cultists using the livestock in sacrificial rituals. The OCA has issued a $1,000 reward for information leading to an arrest, and the Silvies Valley Ranch itself is offering a $25,000 reward for information leading to the conviction.

Despite the lack of evidence regarding whom (or what) might have killed the bulls, Marshall is advising ranchers and other people in the area to be careful, assuming that the killings were perpetrated by people.

“This is a very dangerous situation,” warns Marshall. “I want people to be extra careful to protect themselves and their livestock. It makes me sick that our gentle bulls were killed and mutilated in this way.” Marshall also reports that other ranchers have contacted him with stories of similar mutilations.

A wave of cattle mutilations in the late 1970s prompted public concern, with an estimated 8,000 mutilations occurring in Colorado alone, according to the New Mexico State Police. Earthfiles.com reporter and editor Linda Moulton Howe produced the 1980 documentary A Strange Harvest for Denver’s KMGH-TV, outlining her investigation into what might have been behind the wave mysterious mutilations. Linda Moulton Howeis a long-time contributor and host to Whitley Strieber’s Dreamland podcast, with an extensive archive of shows available to Unknown Country subscribers.
Dreamland Video podcast
To watch the FREE video version on YouTube, click here.