Quantum Entanglement Has Been Observed in a Macroscopic Object 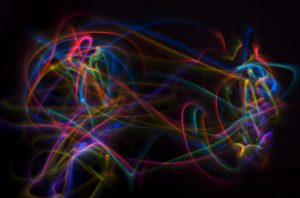 A major conundrum of quantum mechanics is the question of why effects such as quantum entanglement only appear to affect structures on an extremely small scale, such as subatomic particles, but fail to manifest themselves on the large scale phenomena that we see in our everyday lives. But now, a quantum effect has been observed in a set of objects that while still small, are large enough to (almost) be seen with the naked eye.

Although physicists have been entangling sub-atomic particles such as photons and electrons as part of their experiments for decades, where two particles share a quantum state with any change in one particle being instantly reflected by the other particle regardless of the distance between the two, evoking the phenomenon in larger structures has proven difficult, although physics has never found any reason as to why the entanglement of anything macroscopic should be impossible.

To that end, researchers with the National Institute of Standards and Technology (NIST) report that they have managed to entangle two tiny objects: a pair of aluminum drums about one-fifth the width of a human hair. While these objects are still very small in relation to the scale human perception is used to, they are enormous compared to the miniscule particles that quantum effects are usually seen in.

“If you analyze the position and momentum data for the two drums independently, they each simply look hot,” according to John Teufel, an experimental physicist with NIST’s Applied Physics Division. “But looking at them together, we can see that what looks like random motion of one drum is highly correlated with the other, in a way that is only possible through quantum entanglement.”

The experiment which was conducted in May 2021 involved supercooling the tiny drums, entangling them, and then vibrating them using microwaves while synchronizing their shared state.

“In our work, the drumheads exhibit a collective quantum motion,” explains physicist Laure Mercier de Lepinay, an assistant professor at Aalto University in Finland. “The drums vibrate in an opposite phase to each other, such that when one of them is in an end position of the vibration cycle, the other is in the opposite position at the same time.”

“In this situation, the quantum uncertainty of the drums’ motion is canceled if the two drums are treated as one quantum-mechanical entity.”

This experiment not only demonstrates that quantum effects can be seen in macroscopic objects, it also manages to circumvent a problem faced by quantum mechanics known as Heisenberg’s uncertainty principle, where the position and momentum of a particle can’t be accurately measured at the same time; attempting to measure one of these properties will interfere with the other, with this so-called “quantum back action” limiting the accuracy of any attempt to make such measurements.

One of the practical applications of generating entanglement amongst macroscopic structures would be a revolution in communications technology: if the effect can be reproduced in electronic devices this could enable what would effectively be faster-than-light communication. The internal working of computers could also potentially be revolutionized, with the individual microscopic switches that power a computer processor becoming immeasurably faster than what modern computers are currently capable of.