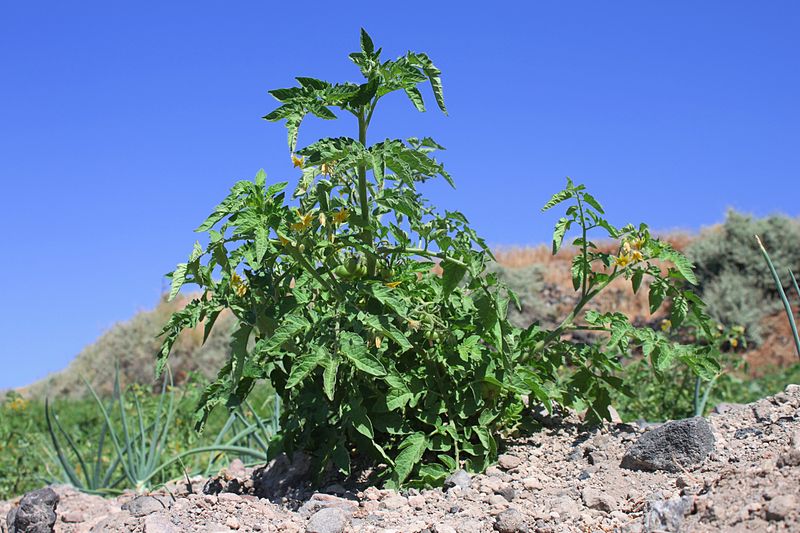 Having been on earth for about as long as animals, plants have evolved numerous senses similar to our own that allow them to perceive their environment and react accordingly: plants sense light to better gather energy from the Sun, pick up on the sound of a buzzing insect, and even communicate with one-another using chemical signals. That animal-like repertoire may also extend to being able to produce their own sounds, according to a new study, possibly to signal to their rooted brethren that adverse conditions are on the way.

The study, conducted at Israel’s Tel Aviv University, used tomato and tobacco plants as its subjects. The researchers found that when stressed by drought conditions, the tomato plants would make an average of 35 sounds an hour, while the tobacco plants would produce roughly 11 sounds in the same period. When the plants’ stems were cut, the tomatoes averaged 25 sounds per hour, while the tobacco made 15. The sounds produced were in the 20 to 100 kilohertz range–for reference, these frequencies are too high for most humans to be able to pick up on, with most people being able to hear sounds between 20 Hz and 20,000 Hz.

Although the pitch of the sounds produced by the plants were too high for most humans to hear, these frequencies are still audible to many insect species, and even to some mammals. The sounds were also much louder  than one might expect: recorded at 10 centimeters (3.9 inches), the sounds peaked at 65 dBSPL–roughly as loud as a normal conversation at three feet–implying that the sounds could be heard as far as 5 meters (16.4 feet) away by some creatures.

“These findings can alter the way we think about the plant kingdom, which has been considered to be almost silent until now,” according to the study, published in the scientific preprint journal, bioRxiv.

The study authors speculate that these sounds could be used to facilitate communication between plants, much in the same way animals make use of the practice, for instance to warn other plants when water is scarce, prompting their neighbors to take appropriate steps. The researchers also speculate that these sounds could be used by nearby animals; for instance, moths might avoid laying their eggs in plants that sound water-stressed, and instead look for more content-sounding hosts.

The study plants also produced identifiable sounds for different types of stress. The researchers trained an AI program to filter out the ambient sounds in the greenhouse where the study was conducted, to isolate only the sounds the plants were making, and found that the sounds they made when they were either dry or being cut could be distinguished from one another.

The mechanism used to generate these high-pitched sounds may have been discovered during an earlier study, when it was discovered that plants produced internal vibrations using their xylem tubes, a structure plants use to transport water within themselves. Inside the xylem, a process called cavitation, where air bubbles are produced and then burst, caused the vibrations detected by the researchers. The study that detected those vibrations did so only within the plants themselves, using sensors attached directly to the plants themselves; this new study instead detected the sounds at a distance.

This finding could be used to “open a new direction in the field of precision agriculture,” according to the study; for instance farmers might be able to “listen” for what their crops might require, perhaps to anticipate when they need water before such conditions might have been traditionally apparent, or perhaps to spray for invasive pests, provided plants produce specific sounds for such a situation.

“The suggestion that the sounds that drought-stressed plants make could be used in precision agriculture seems feasible if it is not too costly to set up the recording in a field situation,” explains Anne Visscher at the UK’s Royal Botanic Gardens.

Subscribers, to watch the subscriber version of the video, first log in then click on Dreamland Subscriber-Only Video Podcast link.
2019-12-11
Previous Headline News Post: Saving the Ozone Layer May Have Inadvertently Reduced Global Warming by Half
Next Headline News Post: Shape-Shifting Hunters and Their Prey Are Depicted in Humanity’s Oldest Cave Art