Meet the New and Evolved Human, Now With an Extra Blood Vessel in Our Arms 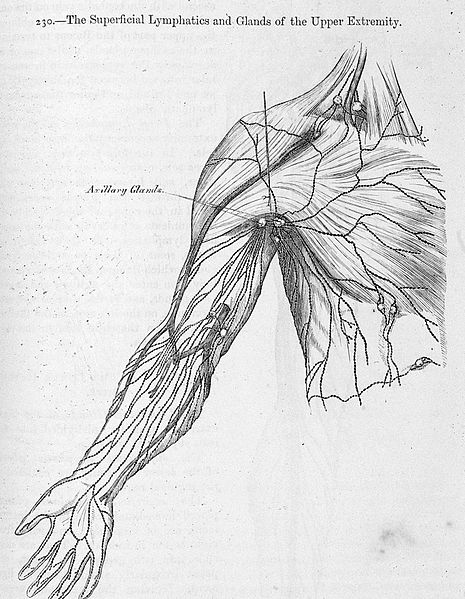 Evolutionary researchers in Australia and Germany have found evidence for the continuing physical evolution of the human species, through the increasing presence in modern humans of a third major artery in our forearms.

Typically, the job of supplying blood to our hands and fingers is carried out by two major blood vessels: the radial artery, running along the top of our forearms toward the thumb, and the ulnar artery that runs along the back toward our pinkies. These two arteries meet in the palm of the hand and branch off from there to supply the hand and fingers with fresh blood.

But in some individuals a third blood vessel, called the median artery, joins the duo, running down the center of the forearm; we all start out by developing this artery in the womb, but it typically disappears as the radial and ulnar arteries form before birth.

This new research analyzed anatomical records on individuals dating from the nineteenth century to the present day, and found that the number of individuals that have retained their median artery has increased dramatically over the last century-and-a-half, implying that we are essentially evolving an increased capacity of blood supply to our hands, with more than three times the number of people having this vascular variant now than our mid-1800s ancestors.

In the mid-nineteenth century, only about 10 percent of the population had a median artery in their forearms, but today roughly 35 percent of us display this extra artery, “a significant increase in a fairly short period of time, when it comes to evolution,” according to lead study author Dr. Teghan Lucas, a researcher in the Department of Archaeology at Flinders University and the School of Medical Sciences at the University of New South Wales.

“Our study into the prevalence of the artery over generations shows that modern humans are evolving at a faster rate than at any point in the past 250 years,” Dr. Lucas explains. “Since the 18th century, anatomists have been studying the prevalence of this artery in adults and our study shows it’s clearly increasing.”

Dr. Lucas’s team estimates that at this rate of growth, the majority of people born in 2100 will have a median artery in their forearms, with a lack of this third blood vessel then being considered a variant. But what advantage might our bodies find in having an extra supply of blood to our ever-important hands?

“The median artery offers benefits because it increases overall blood supply and can be used as a replacement in surgical procedures in other parts of the human body,” explains senior author Professor Maciej Henneberg, a researcher in the Biological Anthropology and Comparative Anatomy Research Unit at the University of Adelaide and the Institute of Evolutionary Medicine at the University of Zurich. This increased blood supply means more energy and nutrients can be delivered to our hands, advantageous for a culture that continues to find increasingly intricate uses for our digits.

“This is microevolution in modern humans and the median artery is a perfect example of how we’re still evolving because people born more recently have a higher prevalence of this artery when compared to humans from previous generations.”

Subscribers, to watch the subscriber version of the video, first log in then click on Dreamland Subscriber-Only Video Podcast link.
2020-10-15
Previous Headline News Post: Japan’s Military Is Now on the Lookout for UFOs
Next Headline News Post: Room Temperature Superconductivity Has Been Achieved