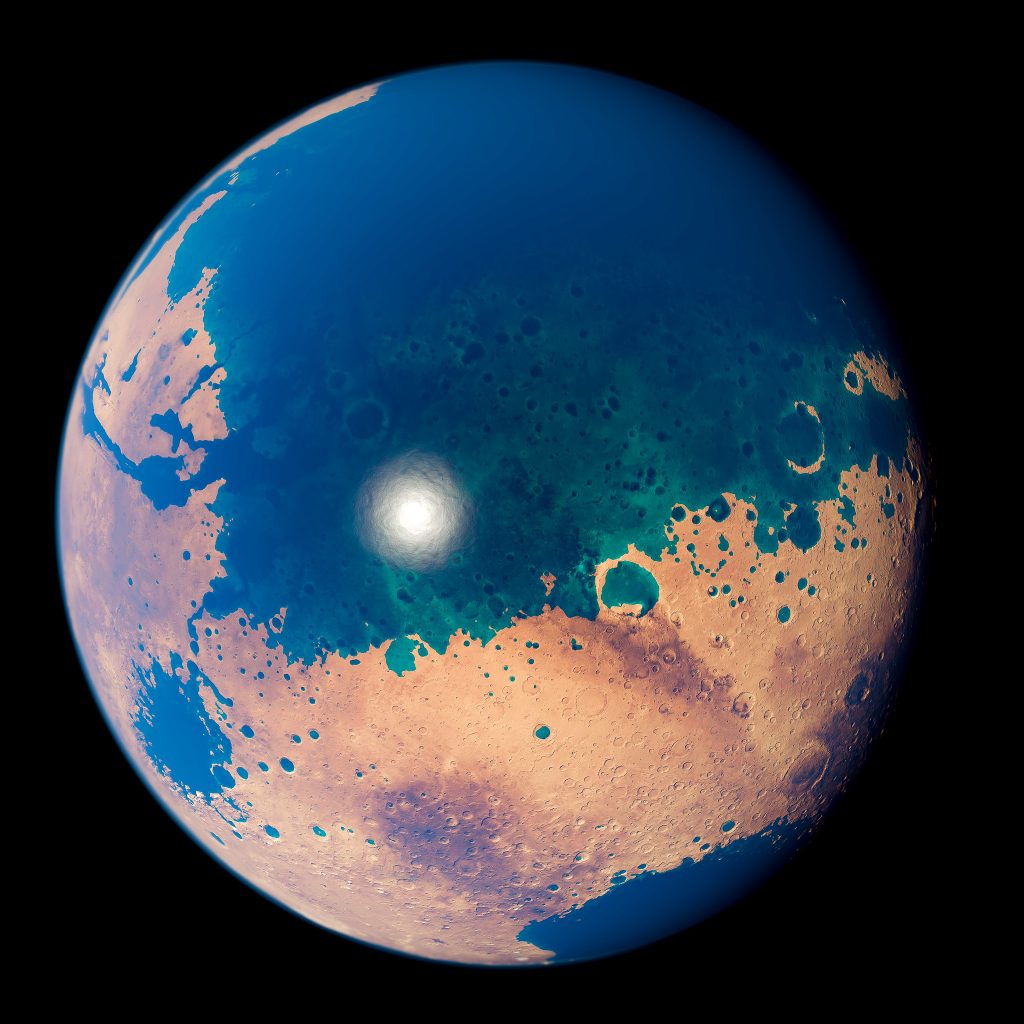 Mars is thought to have once been home to a great deal of water, possibly amounting to oceans of the substance that have been found to have shaped the surface of the planet in what would have been catastrophic floods to anyone witnessing the events from the surface. But while there is still a surprising amount of water locked up in ice on Mars today—enough to cover the surface of the planet with an ocean 35 meters (115 feet) deep—the oceans that once covered the surface are long gone, leaving a bone dry environment that might tax even the hardiest extremophile organism that hypothetically might eke out an existence there. But where did all of this water go? A new study from Washington University says that the Red Planet might just have been too small to hold on to its oceans for very long.

“Mars’ fate was decided from the beginning,” says assistant professor of Earth and planetary sciences Kun Wang, who co-authored the study. “There is likely a threshold on the size requirements of rocky planets to retain enough water to enable habitability and plate tectonics.”

Packing about one-tenth of the mass of the Earth into a plant only half that size results in Mars having a surface gravity of only about one-third of our own, making it easier for volatile compounds—chemicals like water that vaporize easily—to escape into space. Wang’s team studied 20 Marian meteorites that range in age from 4 billion years (shortly after the formation of the Solar System) up to 200 million years old to analyze the concentrations of potassium, another volatile element, as a proxy to see how water might have fared on Mars.

The researchers measured the ratios of two potassium isotopes in the meteorites, potassium-39 and potassium-41 (or K-39 and K-41, respectively); being the lighter of the two isotopes, K-39 escapes the atmosphere of a planet with less intense gravity more easily, leaving behind a larger concentration of the heavier K-41. The team’s findings were also cross-referenced with isotopic ratios from lunar rocks and asteroid samples, and found a strong correlation between the different sources: potassium began escaping Mars early in the planet’s formation, suggesting that Mars’ water met the same fate early in the planet’s development.

These findings suggest that there might be a lower limit to the size of a planet and its long-term habitability, an important factor that, barring other factors that could help a planet retain its water, might have an impact on the search for life outside of the Solar System.

“This does probably indicate a lower limit on size for a planet to be truly habitable,” according to deputy director of Stanford University’s Kavli Institute for Particle Physics and Cosmology, Bruce Macintosh. “Understanding that lower limit is important — there are lines of evidence that small planets are more common than big ones, so if the small ones are dry, then there are fewer potentially habitable worlds out there than we thought.”

Subscribers, to watch the subscriber version of the video, first log in then click on Dreamland Subscriber-Only Video Podcast link.
2021-10-06
Previous Headline News Post: Using Artificial Brains To Build a Better Nose
Next Headline News Post: 125 Million-Year-Old Dinosaur DNA May Have Been Found