125 Million-Year-Old Dinosaur DNA May Have Been Found 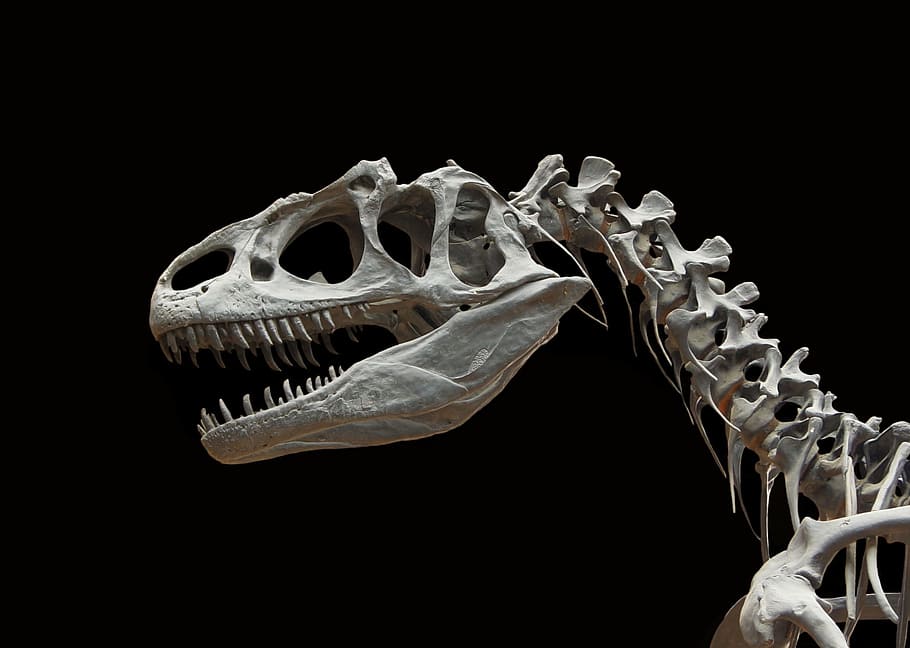 Researchers in China claim to have found the remains of DNA in the fossil of a 125 million-year-old dinosaur, preserved in the cartilage of a turkey-sized reptile called Caudipteryx.

Following up on the 2020 discovery of what might be preserved DNA in the skull of an infant Hypacrosaurus, the research team turned to a Caudipteryx fossil, originally uncovered in China’s northeastern province of Liaoning, because of its well-preserved cartilage tissue, a good candidate for finding preserved genetic material. The team stained the tissue with the same dyes used to make modern DNA stand out against the rest of the cell’s nucleus; the stained tissue highlighted not only the cellular nuclei, but also structures that look like chromatin—the compact packages that contain the strands of DNA itself.

However, the appearance of chromatin-like structures doesn’t necessarily mean that there is DNA left to find: “there are definitely parts of original organic molecules, perhaps some original DNA in there, but we don’t know that yet for sure,” according to the study’s lead author, Alida Bailleul, a paleobiologist at the Chinese Academy of Sciences. “We just need to go figure out exactly what these organic molecules are.”

“The fact that they are seeing this is really interesting, and it suggests we need to do more research as to what happens to DNA and chromosomes after cell death,” said Emily Carlisle, a doctoral student who was not part of the study, but studies microscopic fossils and their preservation at the University of Bristol.

A 2012 study on moa bones found that an organism’s genetic material deteriorates at a rate that leaves only half of the original amount every 521 years; if this rate is consistent, that means that the earliest DNA that could be recovered from a fossil would only be 6.8 million years old—far too late to recover any genetic material from the dinosaurs that ruled the Earth before the end of the Cretaceous period 65 million years ago.

Until recently, it was assumed that the internal structure of a creature’s cells was destroyed before the fossilization process could start. But in 2014 a 190 million-year-old fern was discovered that had been buried in volcanic ash, and as a result was fossilized so quickly that some of its cells were preserved while in the process of cell division, including the imprint of some of the cells’ chromosomal structures. And just last year, Bailleul’s team found what might be preserved DNA in the skull of an infant Hypacrosaurus.

But hopeful visitors to a future Jurassic Park will have to keep dreaming of walking with dinosaurs for now: even the best-case scenario would only allow researchers the barest glimpse of what dino-DNA might look like.

“If there is any DNA or DNA-like molecule in there, it will be — as a scientific guess — very, very chemically modified and altered,” cautions Bailleul. However, if paleontologists can identify chromosome material in ancient fossils, this might allow them to reconstruct bits and pieces of the creature’s genetic code, offering more insight into the organism’s physiology, beyond what can be gleaned from the macroscopic appearance of the fossil itself.

“I hope we can reconstruct a sequence, someday, somehow,” she said. “Let’s see: I could be wrong, but I could also be right.”

Subscribers, to watch the subscriber version of the video, first log in then click on Dreamland Subscriber-Only Video Podcast link.
2021-10-09
Previous Headline News Post: Mars May Have Been Too Small To Hold On to Its Primeval Oceans for Very Long
Next Headline News Post: More Mysterious Booms, Including Over Whitley’s House: What is Going On?