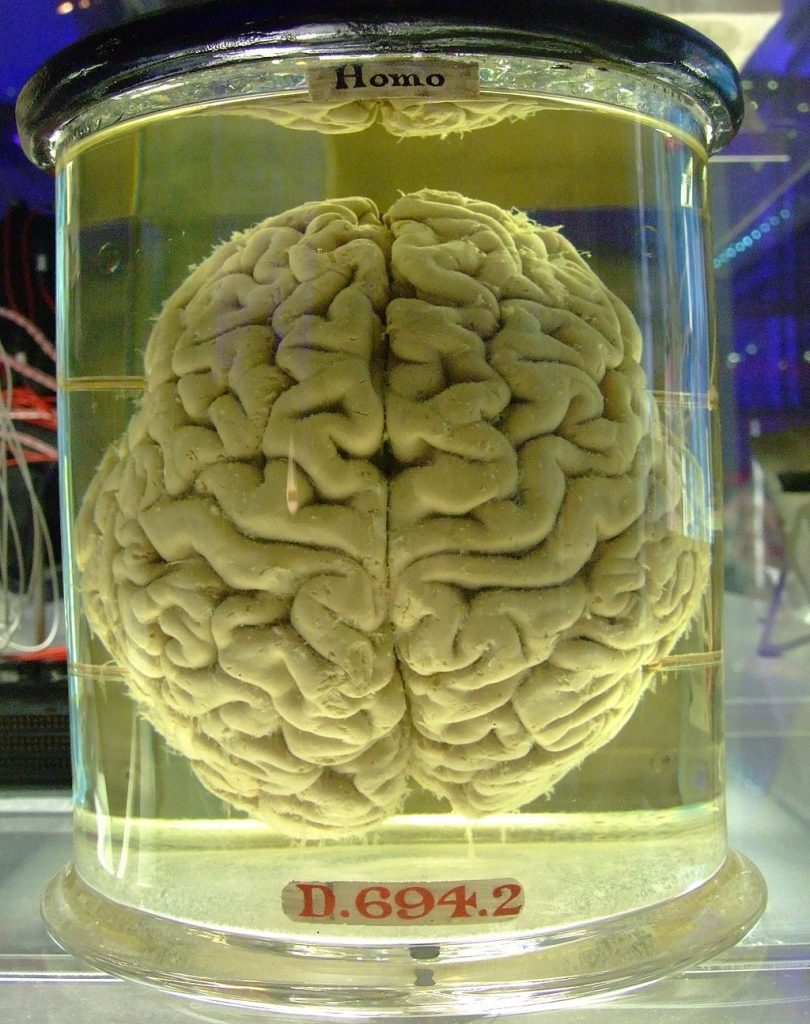 It might sound like a concept straight out of a sci-fi horror film, but for the last two decades California-based biotech company Koniku has been developing a computer powered by what is essentially a brain-in-a-jar: a computer module that uses synthetic neurons that harness the processing power of biological brain cells. And the company has found an unexpected application that this novel computer architecture is ideally suited for: it smells things.

Because of the physical and quantum limitations of the silicon dioxide traditional computers are based on, the speed of a silicon-based computer microprocessor can only be pushed so far before the energy being pumped through the device melts the chip. To get around this, the industry has resorted to packing more processors into individual devices–terms like “quad-core” and “octa-core” attached to computer processor specs denote how many chips are crammed onto the die. This method provides the effect of additional speed by breaking up the computer processes into separate chunks and having the individual processors crunch the numbers in parallel with one-another.

The need for a new form of computer architecture is apparent, with new approaches to handling data such as quantum computing and electronic neurons called neuromorphics being explored. The later example is a silicon-based computer chip that mimics the 3-dimensional nature of our own brain cells and the astounding computational power that such an arrangement provides—a processing capacity that has only recently been equaled by megawatt-hungry warehouse-sized supercomputers—but Koniku’s founder, Osh Agabi, decided that instead of just mimicking human brain cells, why not use actual biological neurons to build a computer?

“Essentially, for the last fifteen years, I have worked to understand how neurons talk to each other,” Agabi said in a 2016 Motherboard interview. “I’ve worked on how to communicate with individual neurons—how to read information from them and write information into them.”

Jumping ahead to today, Koniku is marketing what they call the Koniku Kore, an iPad-sized processor that uses 128 neuron-silicon hybrid processors to provide their computational power. The cell/processors are programmed using DNA code that is injected directly into the neurons, which then compile the information to produce the information to enact the desired result. This way, the capabilities of the neurons—not only in what they can process and sense, but also in terms of the physical characteristics of individual cells like temperature tolerance or faster sensory responses—can be directly programmed into the cells.

The company boasts a neuron lifespan of up to two years, and the processor runs on a supply of proprietary consumables used to nourish its biological component. And the processor’s first big assignment: powering an artificial nose.

“What the camera did for vision, we’re now doing for smell,” says Agabi. “I believe we are the first company to build a smell camera on the smell sidewalk.”

The mechanism behind our sense of smell is a complex one, and a process not easily replicated by traditional computers; machines can mimic human sight and hearing decently well, but they’re very limited when it comes to detecting chemicals floating in the air, and typically are purpose-built devices designed to only sense a handful of compounds, like the average smoke detector or natural gas sniffers.

“Why has it always been so difficult to solve olfaction?” Agabi asks. “The physics that rely on it are quite hard. Vision, comparatively, is an easy problem. When people see something, you have these photons that interact with sensors that convert that energy. Pretty straightforward, because these are energy particles by definition. Sound is a compression of air—an energetic particle. But smell is a different beast.”

Unlike mechanical chemical sensors, the human nose is capable of differentiating between billions—if not trillions—of different smells, and our built-in sniffers pale in comparison to many examples wielded by other species such as dogs. So instead of using limited traditional chemical sensors, Koniku’s Konikore sniffer device works more like the olfactory receptor neurons that enable our sense of smell, with the computer’s cells containing specific transmembrane proteins programmed to recognize molecules that produce what we perceive as odors. When the odor-causing molecules trigger the neurons, they send a signal to a chip reader regarding what chemical was detected, the result of which is relayed to a computer system or human operator.

Koniku has found a number of high-profile customers that are looking to employ their artificial nose: Anheuser-Busch InBev is looking for a sensor that can measure how their beverages’ aromatic subtleties are perceived and experienced by the human nose; Aerospace company Airbus is looking to install Konikore units in airports around the US as bomb detectors; and Koniku is partnering with Thermo Fisher Scientific to develop a method for detecting marijuana on people suspected of driving under the influence.

Subscribers, to watch the subscriber version of the video, first log in then click on Dreamland Subscriber-Only Video Podcast link.
2021-10-04
Previous Headline News Post: Polar Ice Melt Is Causing the Earth’s Crust to Shift
Next Headline News Post: Mars May Have Been Too Small To Hold On to Its Primeval Oceans for Very Long