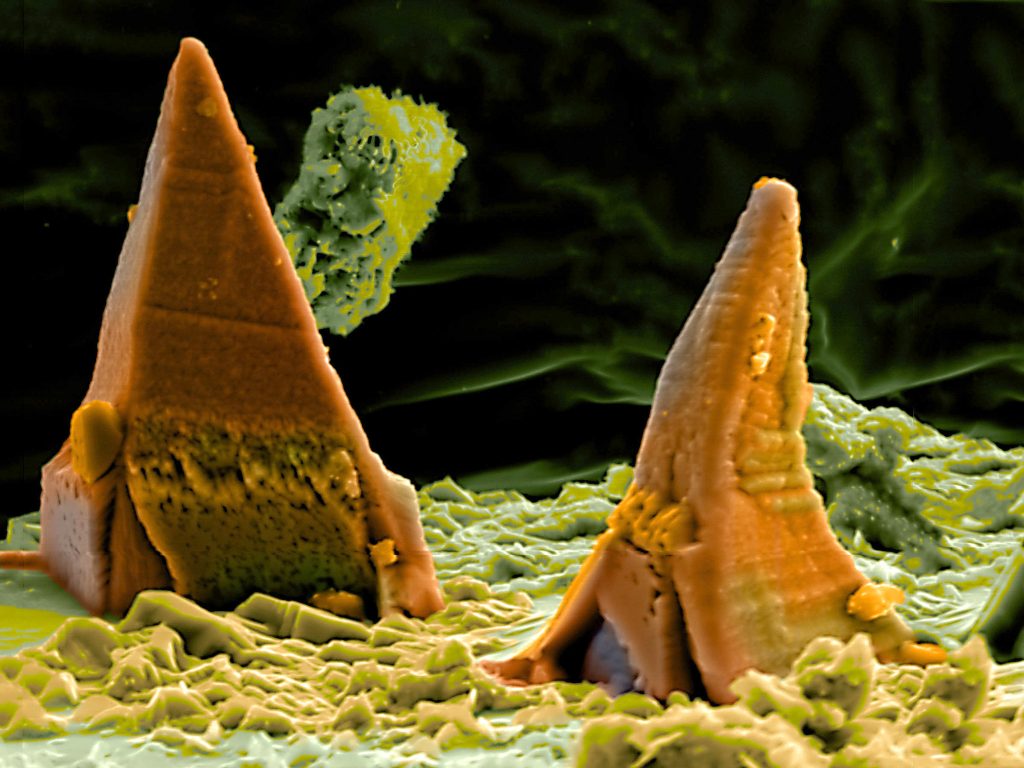 When Carbon Dioxide in the atmosphere increases so does the need to remove the cumulative greenhouse gas from the atmosphere in an efficient manner.  Numerous researchers and companies have been researching new methods of carbon capture and removal for years, and one company in Iceland has started collecting CO2 and storing it deep in the island nation’s rocks.

The process used by Reykjavik-based startup Carbfix is a fairly simple one: CO2 captured from both industrial and atmospheric sources is dissolved in water, of which is pumped into basalt rock formations deep within the earth. The liquefied CO2 solution, called carbonic acid, then reacts with the calcium, iron and magnesium in the rocks to form solid carbonate compounds that can’t leak back to the surface and into the atmosphere. “Basically we are just doing what nature has been doing for millions of years, so we are helping nature help itself,” explains Carbfix Chief Executive Officer Edda Sif Pind Aradottir.

The product of a research project spearheaded by Reykjavik Energy, the University of Iceland, CNRS in France and the Earth Institute at Columbia University, Carbfix has been capturing CO2 from the Hellisheidi geothermal power plant before it enters the atmosphere and is in the process of scaling up production after the initial pilot project’s success. The company is also partnering with Swiss-based Climeworks AG, a company that produces machines that draw excess CO2 from the atmosphere, to provide CO2 for deep-earth storage from carbon removal sources.

Once injected into the ground the chemical process only takes two years for the CO2 to bind into carbonate compounds. Carbfix’s carbon capture process is also inexpensive, costing only about $25 per ton of captured CO2, making it a profitable prospect for trade on the EU’s Emissions Trading System where emissions are currently being exchanged for 40 euros ($48) per ton.

“This is a technology that can be scaled—it’s cheap and economic and environmentally friendly,” according to Aradottir.

However, more work needs to be done to make carbon removal from the atmosphere more profitable; at $1,200 per ton for individual offset units, Climeworks’ process is much more expensive, but the cost, while still not as low as Carbfix’s prices, can be lower for bulk buyers.

“I bought out their capacity and I got volume discount,” Microsoft founder Bill Gates said in an interview with Fortune.com last month. “I think that may be at $600 [a ton].” Gates has been investing heavily into carbon-capture technologies, including Climeworks, who has been passing their gas on to other companies that recycle the CO2 back into usable diesel fuel.

Carbfix’s ambition is to permanently store 1 billion metric tons of CO2 by the end of the decade, and is working with researchers to discover if the carbon can be stored in types of rock other than basalt. Theoretically, 4 trillion tons of CO2 could be stored underneath Europe, while the U.S. has a potential storage capacity of 7.5 trillion tons, more than the total emissions of all the fossil fuels on Earth.

“It will never be the only solution,” said Aradottir. “We are ambitious and have high hopes that we can bring the technology to scale—and there I’m talking about the gigaton scale—and that we’re able to do this quickly because that’s what the world needs.”