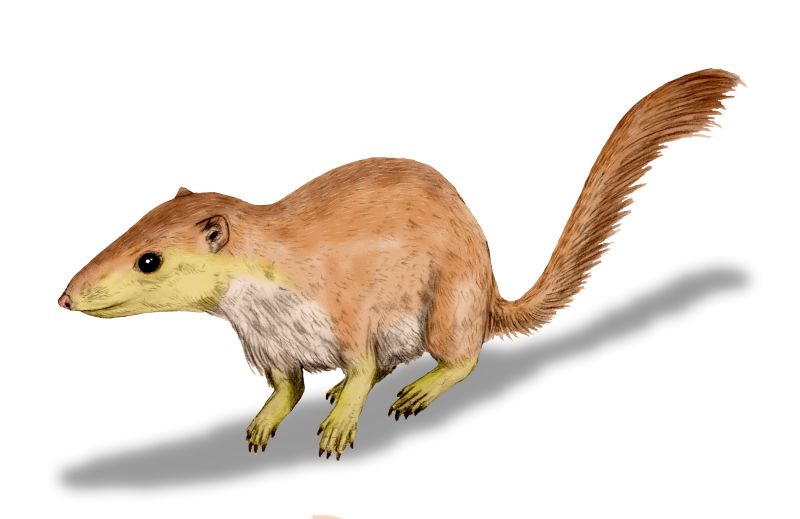 Researchers have identified the earliest known primate; a small, squirrel-like mammal that lived nearly 66 million years ago, during the twilight of the dinosaurs.

The fossils belonging to this most distant human relative were initially uncovered in the Fort Union Formation in northeastern Montana in the 1980s. Consisting of five portions of jawbone with tiny 2-millimeter (0.08-inch) teeth, these creatures were part of the oldest known group of primates, known as plesiadapiforms, creatures that evolved out of the aftermath of the climate-altering Chicxulub event that heralded the end of the dinosaurs’ reign:– the fossils themselves date to a period just a little over 100,000 years after the fateful impact that marked the close of the Cretaceous period.

“It’s our lineage, so it has a special meaning to us,” said study co-lead Gregory Wilson Mantilla, a professor in the Department of Biology at the University of Washington and curator of vertebrate paleontology at the university’s Burke Museum of Natural History and Culture. “And to think about, you know, our earliest ancestors at this time in northeastern Montana living alongside dinosaurs perhaps and then surviving this [extinction] event is pretty breathtaking to me.”

Two of the species represented by these fossils are named Purgatorius janisae and Purgatorius mckeeveri, both part of the genus Purgatorius, named after Montana’s Purgatory Hill, where they were discovered. While the two likely had similar squirrel-like appearances, the two appear to have had very different diets: P. mckeeveri had had inflated and rounded cusps on its teeth, suitable for crushing fruits, while P. janisae had sharper, carnivore-like teeth, more adapted to snagging insects.

In contrast with the short snouts common amongst modern short-faced primates like ourselves, both P. janisae and P. mckeeveri had longer snouts, with their eyes situated on the sides of their heads; the remainder of their appearance has been extrapolated from other related species and associated fossils. The tree-dwelling nature of the various Purgatorius species also offers insight into how life adapted through the Paleogene period (66 million to 23 million years ago); “They were living in the trees, whereas most mammals were living low on the ground,” Mantilla points out.

“What we’re seeing is that part of this recovery strongly involved our lineage,” Mantilla explained. Primates were one of the first major groups to fill in the ecological gaps left by the dinosaurs’ extinction, part of a larger movement that saw mammals supplant reptiles as the dominant classification of animals.

Subscribers, to watch the subscriber version of the video, first log in then click on Dreamland Subscriber-Only Video Podcast link.
2021-03-05
Previous Headline News Post: Due to Unchecked Climate Change; the North Atlantic Ocean’s Currents are Speeding Towards a Tipping Point
Next Headline News Post: Industrial CO2 Capture Project in Iceland Stores Carbon Deep Within the Earth