Decoding the Puzzle of the Antikythera Mechanism 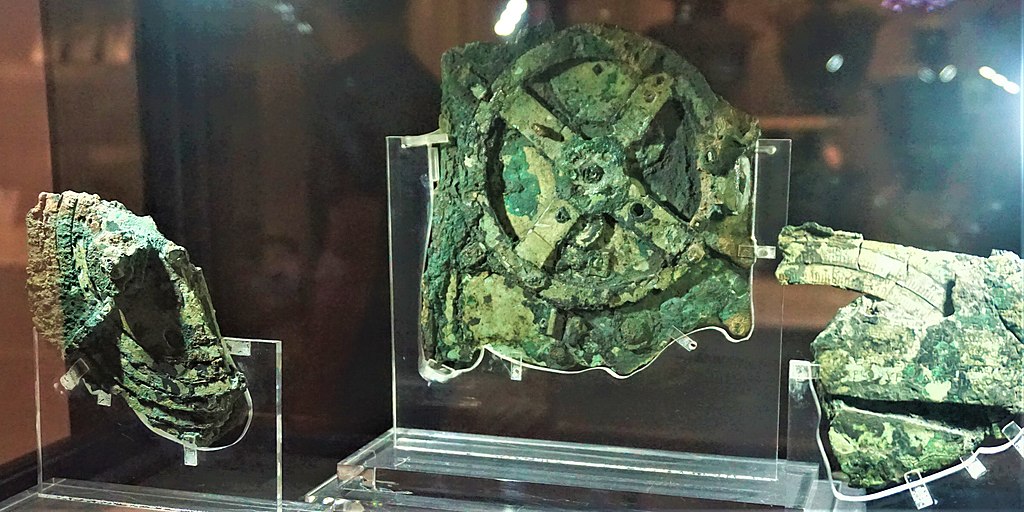 A new breakthrough has been made in regards to the inner workings of the device known as the Antikythera mechanism.  Combining recent 3D X-ray scans of the ancient computer with over a century’s worth of cumulative investigation, researchers are now confident that enough of the mechanism and its accompanying instructions have been uncovered to allow them to build a working, and possibly accurate, replica of the world’s oldest known clockwork computer.

“Ours is the first model that conforms to all the physical evidence and matches the descriptions in the scientific inscriptions engraved on the mechanism itself,” said lead study author Tony Freeth, a mechanical engineer at University College London (UCL). “The Sun, Moon, and planets are displayed in an impressive tour de force of ancient Greek brilliance.”

Recovered from a 1st-century Roman shipwreck in 1901, the Antikythera Mechanism is considered to be the world’s oldest known analog computer, at an estimated 2,200 years old. While the device’s mechanism has long since been known to have involved astronomical calculations, its full nature has been shrouded in mystery, with the mechanism’s approximately 30 bronze gears having corroded into a single lump over the millennia that it laid on the seafloor.

In 2006 new 3D X-ray imaging scans were conducted on the mechanism’s 82 surviving fragments, revealing hidden layers of text within the fused metal parts that revealed the vast majority of the text inscribed on the casing of the mechanism; further analysis uncovered descriptions of the motions of the outer planets—Mars, Jupiter and Saturn had been missing from earlier attempts to reconstruct the Antikythera mechanism, despite these bodies having been well known to the ancient Greeks.

But there was a problem with the mechanism in regards to how the ancient Greeks understood the motions of the known planets, an understanding based on a geocentric view of the planets as seen from our vantage point here on Earth, rather than our modern heliocentric understanding of how the Solar System is structured; this geocentric model would be complicated by having to incorporate the apparent retrograde motion of the planets in order to be mechanically accurate.

Discovered amongst the lines of text recovered from the mechanism’s case was the number 462, found in the section describing the motions of Venus, and 442, as part of Saturn’s entry. Extrapolating from an idea proposed by the 6th-5th century philosopher Parmenides to derive more accurate values for the synodic periods (the time it takes for a cosmological body to complete a full cycle as seen from Earth) of the planets, the researchers found that these numbers corresponded to the synodic periods of Venus and Saturn in multiples that could be factored into a gearing mechanism. Parmenides’ method of using multiple iterations of a planet’s orbit to find these mathematical relationships also could be applied to Mercury, Mars and Jupiter, providing the research team with the formulae to reproduce the remainder of the Antikythera mechanism’s inner workings.

“After considerable struggle, we managed to match the evidence in Fragments A and D to a mechanism for Venus, which exactly models its 462-year planetary period relation, with the 63-tooth gear playing a crucial role,” explained study co-author David Higgon. The UCL team is in the process of building a working model of the Antikythera device to explore how an engineer in ancient Greece might have fabricated the advanced mechanism.

How the device was built to begin with is a mystery onto itself: how did someone develop, design and manufacture accurate clockwork technology that wouldn’t be seen again for over two thousand years?

Study co-author Adam Wojcik, a materials scientist at UCL, points out that “it is odd that nothing remotely similar has been found or dug up. If they had the tech to make the Antikythera mechanism, why did they not extend this tech to devising other machines, such as clocks?”

Regardless of the seeming implausibility surrounding the existence of the Antikythera mechanism, Wojcik said that “this is a key theoretical advance on how the cosmos was constructed in the Mechanism. Now we must prove its feasibility by making it with ancient techniques.”

A short documentary by the UCL Antikythera Research Team with the objective of solving the workings of the front of the Antikythera Mechanism may be viewed here.

Subscribers, to watch the subscriber version of the video, first log in then click on Dreamland Subscriber-Only Video Podcast link.
2021-03-15
Previous Headline News Post: Faster Than the Speed of Light: New Studies Bring Us Closer to Superluminal Travel
Next Headline News Post: According to a UN Report; the World is Experiencing the Beginnings of a Climate Crisis