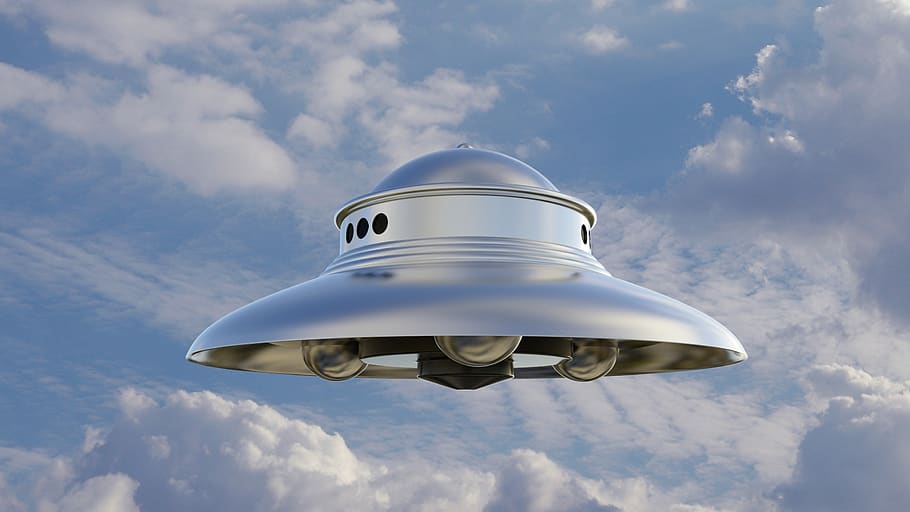 The classified UFO report delivered to members of Congress and the Senate on June 25 may have included references to recovered extraterrestrial technology, according to a note given to veteran UFO researcher Richard Dolan that lists anti-gravity propulsion systems and ET-related “exotic elements” as some of the subjects being researched in secret by US government agencies.

Author of the seminal UFOs and the National Security State: Chronology of a Coverup, 1941-1973, Dolan announced the contents of the note he received in a recent YouTube video discussing his thoughts on speculation that the re-emerging interest in UFOs is a lead-up to a false-flag event involving extraterrestrials. Dolan cautions that he can’t verify the veracity of the note’s contents: despite his trust in the source that gave him the note, the information was provided to Dolan’s source from someone else, an individual unknown to Dolan.

The note itself lists eight areas of research being conducted at Area 51 and Tonopah AFB Test Range, and mentions experimental craft being tested at Nellis Test and Training Range. The eight subjects listed in the note are:

It’s important to remember that the list does not divulge how advanced these technologies are in their development—a state that may range anywhere from proof-of-concept experiments to full-fledged working prototypes. Additionally, some of these concepts may also not have anything to do with extraterrestrial technologies; the airfoils of conventional airplanes, for instance, are anti-gravity devices, albeit ones back-engineered from the wings of birds by inventors in the nineteenth century. However, the inclusion of these concepts in a classified UAP briefing is suggestive that these technologies, or at least the concepts they’re based on, may have originated from exotic sources.

It is interesting to note that the “Advanced use of exotic elements for energy research” entry is the only one that is specifically indicated to be “ET related”, although that doesn’t exclude an extraterrestrial origin for the other seven items. Additionally, Dolan was unable to find a reference for the KEPSRP project, and was unable to comment on it. [Editor’s note: it’s possible that “K-Song” may be a reference to Dr. Kyo D. Song, an engineering professor at Norfolk State University, who previously worked at NASA’s High Energy Science Branch on various propulsion methods, including magnetohydrodynamic drive (MHD) and scramjet propulsion systems. Bear in mind that this is entirely speculation on my part, and may be completely incorrect.]

Following the list provided on Dolan’s note, the text goes on to say that these projects are “under the control of the Defense Advance [sic] Research Project Agency (DARPA) and being managed by a classified group called-Advance Group-6.” The note says that funding is being provided by secret black-budget programs and private contractors.

“Prototypes of flying crafts utilizing the above technology are being flown at Area 51 and Tonopah AFB Test Range,” according to the text, and some of these experimental craft have been the source of UFO sightings made in and around Nevada. However, the note goes on to say that none of the test craft have been flown outside of the Nellis Test and Training Range, concluding that “none of these experimental crafts can be contributed [sic] to the sightings photographed by the US Navy.”

The full text of the note provided to Dolan is as follows, and can be viewed in his video, LEAKED info on UAP Task Force Report, plus talk on the Threat Narrative:

“The classified portion of the UAP report given to a select number of congressmen and senators related to the following:
1 Energy Pulse Propulsion System (EPPS) projects
1 Ion Propulsion Systems (IPS)
3 Anti-gravity propulsion systems.
4 Anti-Matter propulsion systems
5 Ramjet Hydrogen Propulsion Systems (RHPS)
6 Compressed Nuclear Propulsion Systems (CNPS)
7 Advanced use of exotic elements for energy research (ET related items)
8 The K-Song Energy/Propulsion System Research Project (KEPSRP)
All these highly classified projects are under the control of the Defense Advance Research Project Agency (DARPA) and being managed by a classified group called-Advance Group-6. All funding for these projects is black confidential funds appropriated under intelligence operations costs. Some funds come from private contractors.
Prototypes of flying crafts utilizing the above technology are being flown at Area 51 and Tonopah AFB Test Range.
Some of the UAPs observed in and around Nevada can be contributed [sic] to crafts using the above propulsion systems. However, none of the experimental crafts have been flown outside the Nellis Test and Training Range. None of these experimental crafts can be contributed [sic] to the sightings photographed by the US Navy.”

Note: Dolan assumes that the author is mistakenly using the word “contributed” when they mean “attributed”, a word that makes more sense in this context.