City of Venice Declares State of Emergency Due to Historic Flooding 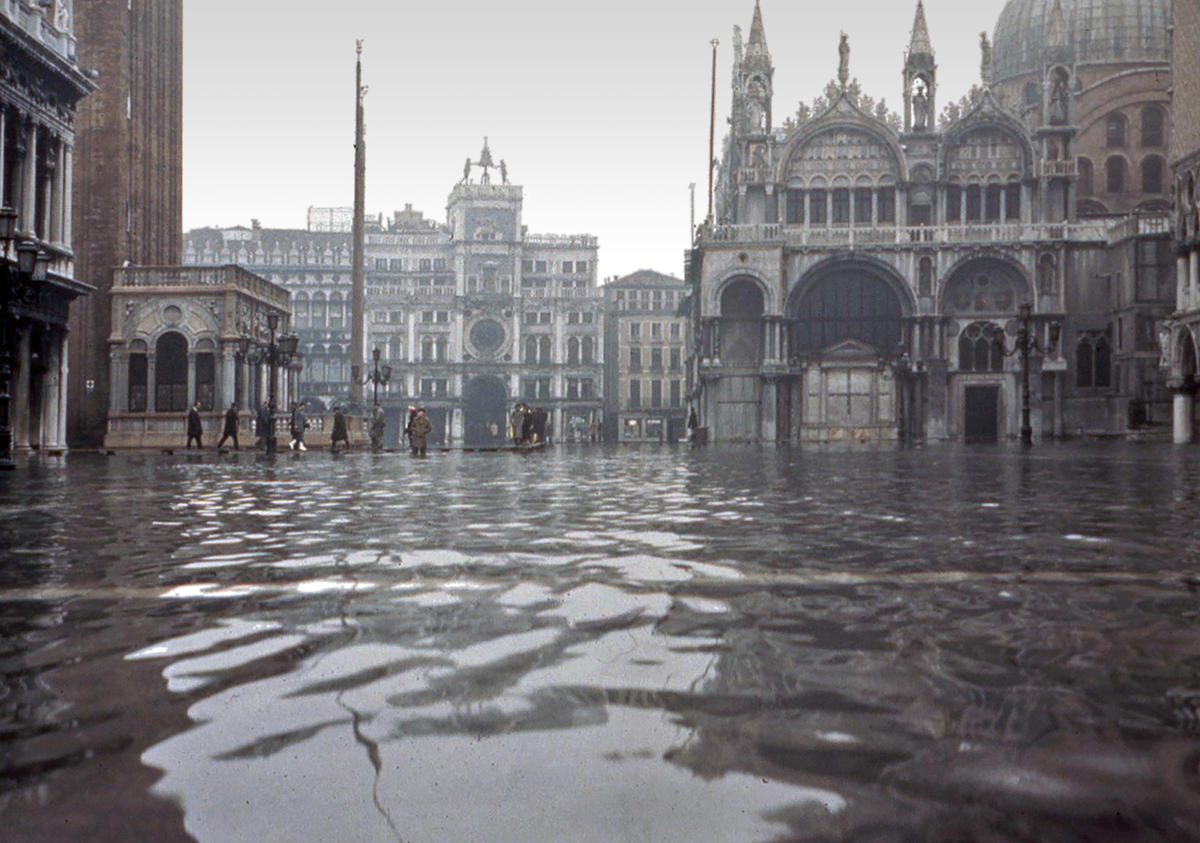 The city of Venice declared a state of emergency on November 13 due to the second worst flood experienced in the city’s history. Second only to 1966’s 1.94-meter (6.4-foot) flood, Wednesday’s inundation saw a high tide of 1.87 meters (6.1 feet) that left Saint Mark’s Square under more than a meter (3.3 feet) of water, and local authorities calling for action amidst a disaster that is beginning to reoccur with increasing frequency.

“We ask the government to help us,” tweeted Mayor Luigi Brugnaro on Wednesday. “The cost will be high. This is the result of climate change.”

“Venice is on its knees… the art, the basilica, the shops and the homes, a disaster… The city is bracing itself for the next high tide,” said Luca Zaia, governor of the Veneto region. Zaia described the situation as being one of “apocalyptic devastation.”

To put the disaster into context, this flood marks the sixth time in 1,200 years that Saint Mark’s Basilica, adjacent to Saint Mark’s Square, has flooded—but four of those incidents have only happened in the past two decades. The increasing number of floods—and there are more forecast to come as the future unfolds—are taking a dire toll on the city’s historic landmarks and works of art.

“[Saint Mark’s] Basilica is suffering structural damage because the water has risen and so it’s causing irreparable damage,” said Venice Archbishop Francesco Moraglia, warning that ancient mosaics and tiling might have been badly degraded in this week’s flooding.

The City of Venice, famous as the “City of Canals”, has been slowly sinking into the Adriatic Sea since its founding in the fifth century CE, due to a combination of subsidence, a sinking of the soil level in the land the city is built on, and natural sea level rise. These two factors have unfortunately been accelerated by human activity: subsidence was exacerbated by local industries drawing on water from the lagoon (a practice that has since been halted), and sea level rise has accelerated in modern times due to global warming.

Venice’s “Tide Monitoring and Forecast Center” calculates that the city has lost 23 centimeters (9 inches) in elevation since 1897, with roughly half of this loss (12 cm / 4.7 in) being due to natural causes: 9 cm (3.5 in) have been lost to sea level rise, and 3 cm (1.2 in) to natural subsidence; 13 cm (5.1 in) of the city’s elevation is estimated to have been lost due to human-caused subsidence, although it is estimated that the land has gained an extra 2 centimeters (0.8 inches) since industrial controls were put in place.

While tides in the Mediterranean Sea itself are minimal, the shape of the Adriatic Sea amplifies those movements into 1-meter (40-inch tides) toward the Sea’s northern end. Periodically, Venice and the surrounding countryside experience what is known as acqua alta (“high water” in Veneto), an exceptionally-high tide peak caused by a combination of the phase of the Moon and the sirocco and bora winds that blow in from the south. Wednesday’s acqua alta was further exacerbated by torrential rains that have caused widespread flooding across Italy in the days prior to Wednesday.

Subscribers, to watch the subscriber version of the video, first log in then click on Dreamland Subscriber-Only Video Podcast link.
2019-11-14
Previous Headline News Post: Deadly Bushfires Threaten Australia’s City of Sydney
Next Headline News Post: Our Singular Genetic Code Might Not Be Alone in the Universe