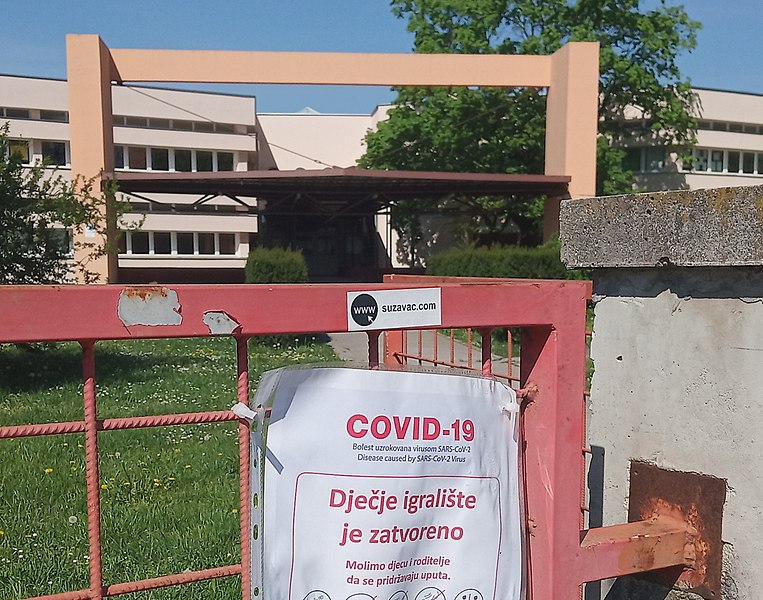 Ongoing antibody studies are revealing that SARS-CoV-2, the coronavirus that causes COVID-19, is far more virulent than previously assumed, with preliminary data from these serological studies showing that the infection rate of the coronavirus may be up to ten times higher than the number of confirmed COVID-19 cases. Although this implies that only one in ten cases produces symptoms bad enough for the patient to warrant testing for the coronavirus, it does mean that the virus itself has infected ten times the number of people than what was previously assumed. But does this discovery mean that the coronavirus was less deadly than the flu all along?

Antibodies are Y-shaped protein molecules produced by the immune system that are keyed to either mark a specific bacterium or virus for attack by the immune system, or used to overwhelm the pathogen directly by smothering it in antibodies. One recent serological study, as announced by New York Governor Andrew M. Cuomo, estimates that one-quarter of New York City’s population has already been infected with the coronavirus, a discovery reflected in the city’s high number of hospitalizations and deaths due to the disease.

This new aspect of the disease changes what we know of the COVID-19 landscape: on one hand, this means that the chances of an individual dying of a coronavirus infection are far lower than originally estimated. But the implied virulence of the pathogen means that it is more likely to hospitalize or kill more people overall, through the sheer volume of infections it can potentially cause.

Previous estimates of SARS-CoV-2’s virulence were only between 50 and 90 percent more contagious than the seasonal flu, expressed as the virus’s “basic reproduction number,” or R0 (pronounced “R-nought”), a number directly representing the predicted number of people that a single individual infected with that virus can infect. The average flu virus has an R0 of 1.3, and previous estimates for the coronavirus ranged between 2.0 and 2.5. Now, with more people having been found to host antibodies related to SARS-CoV-2, that R0 appears to be more than double that, closer to 5.7 as estimated by the CDC.

These numbers mean that SARS-CoV-2 is roughly 4.5 times more virulent than the flu, and despite the now-lower probability of death from an infection, estimated to now be roughly 0.5 percent from the New York numbers, it is still five times more deadly than the flu’s 0.1 percent mortality rate.

“I think it is the worst pandemic since 1918,” warns Cecile Viboud, an epidemiologist at the National Institutes of Health’s Fogarty International Center, referring to the “Great Influenza” pandemic that claimed an estimated 675,000 lives in the United States alone.

Worldwide, the coronavirus has killed over a quarter-million people, with the United States the hardest-hit country by far, with over 71,000 deaths.

Early in the epidemic COVID-19 was being compared to the flu, as part of an apparent attempt by the White House to downplay the severity of the situation.

“The flu, in our country, kills from 25,000 people to 69,000 people a year,” President Donald Trump said in a February 26 press conference, comparing COVID-19 to the seasonal flu. The numbers Trump was referring to were only slightly exaggerated over figures supplied by the CDC: in the past, the agency would refer to a simple flat estimate of 36,000 flu-related deaths per year to encourage people to get the flu vaccine. But in 2010 they revised how this number is represented as a range, considering the number of deaths can fluctuate between an estimated 3,300 and 49,000 each year. Regardless, the exaggerated larger number quoted by Trump has already been surpassed in just the three months since the beginning of the outbreak in the U.S., instead of the full twelve months that the flu number represents.

It should also be noted that the CDC’s estimates on the number of annual flu deaths are just that: estimates. Due to the near-ubiquity of the flu virus during flu season, an unknown number of patients that die from it are never tested, meaning that trying to directly tabulate a case count is practically impossible. Instead, the CDC extrapolates the numbers based on the recorded number of hospitalizations and deaths actually listed as being flu-related—typically listed in the thousands, rather than tens of thousands—using factors from earlier studies to determine what the final estimate should be.

The bottom line is that despite the lower estimated per-case fatality rate, the SARS-CoV-2 coronavirus still remains at least five times more deadly than the seasonal flu for any given individual infection; combined with the sheer virulence of the disease, this could spell disaster as numerous states begin to lift social distancing restrictions, resulting in an increase in hospitalizations and deaths that are already projected to double by June 1, as per an internal White House document.