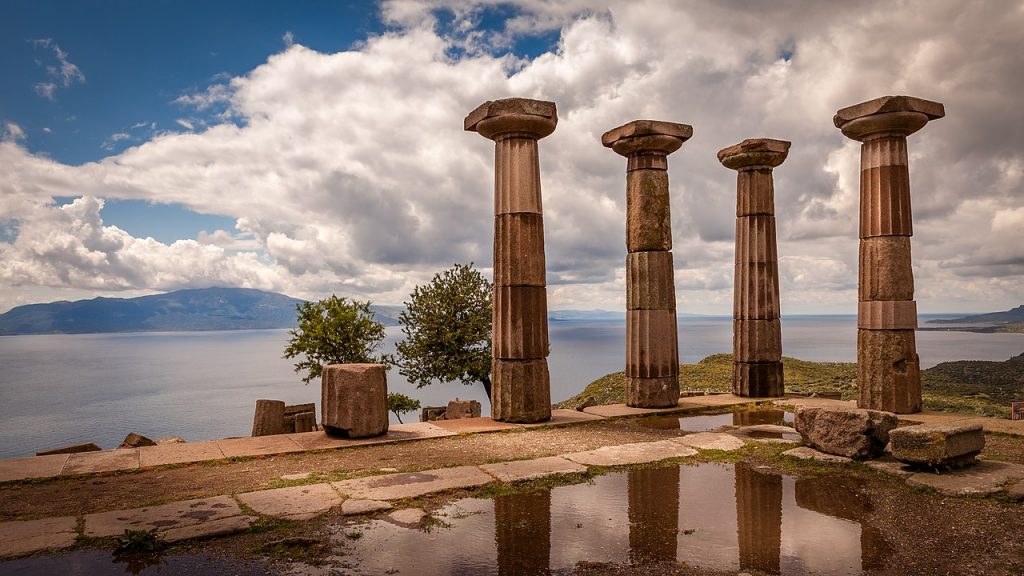 The discovery of an ancient carved stone in Turkey may have revealed the existence of a previously-lost ancient kingdom that stood during the ninth through seventh centuries BCE. Despite there being virtually no known record of this still-unnamed kingdom, it was apparently powerful enough to have conquered the better-known kingdom of Phrygia, the land once ruled by the legendary King Midas.

While investigating an ancient mound site in central Turkey called Türkmen-Karahöyük, the archaeological team was told by a local farmer that a large stone inscribed with a strange language had been discovered in a nearby irrigation canal that had been recently dredged. The archaeologists rushed to the site and found an ancient stele, or carved stone slab, half submerged on the bank of the canal.

“My colleague Michele Massa and I rushed straight there, and we could see it still sticking out of the water, so we jumped right down into the canal—up to our waists wading around,” said Assistant Professor James Osborne of the University of Chicago’s Oriental Institute. “Right away it was clear it was ancient, and we recognized the script it was written in: Luwian, the language used in the Bronze and Iron ages in the area.”

The inscription on the stele consists of six lines, describing the rapid victory of a “Great King” named Hartapu over 13 kings that attacked his kingdom after he conquered the nearby kingdom of Muska—better known as Phrygia, a land once ruled by the legendary King Midas, the subject of the Greek myth who turned everything he touched to into gold. The most recent translation of the stele, dated by linguists to the late-8th century BCE, follows:

1  Great King Kartapu, Hero, Mursili’s son.
2  When he conquered the country of Muska,
3  the enemy came down (into) the land.
4  The Storm-god of heaven (and) all the gods placed 13 (enemy) kings (into) the hand (of) His Majesty, Great King Hartapu.
5  (And) he took (these) 13 kings down, (with their) shields/protection and cattle (at their/and) 10 mighty-fortresses (with their) great orthostats/stones/walls (within) a year.
6  And Azari-Tiwata, the scribe, carved (this).

King Hartapu himself is somewhat of an enigma, with the few known records of this ancient king being found only on a handful of inscriptions, such as one made in a Hittite-era stone corridor on nearby Mount Karadağ, describing him as the “Great King Hartapu”. However, the descriptions are brief, and neglect to mention what land he was the ruler of.

The location where the canal stele was discovered suggests that the settlement at Türkmen-Karahöyük might have been the capital of the kingdom Hartapu ruled over. Türkmen-Karahöyük itself is what is known in archaeology as a “tell”, an artificial mound built up from the accumulated refuse of generations of people who formed a community on the site, with some tells growing quite large; the mound at Türkmen-Karahöyük itself is 35 meters (115 feet) high, accumulated over the 3,400 years that people had lived there, from 3,500 to 100 BCE. Although investigation of the site only began in 2018, the still-unnamed city that stood at Türkmen-Karahöyük is estimated to have covered 300 acres, making it one of the largest ancient cities in Turkey during the Bronze and Iron Ages.

As for the ruler of the conquered kingdom of Muska, there were three known Phrygian kings named Midas, with the one attributed to have had the “Midas touch” having lived sometime in the 2nd millennium BCE, far too early in history to be in power at the time of the Türkmen-Karahöyük stele’s carving. However, one of his descendants, also named Midas, ruled Phrygia at the time of the stele’s creation; presumably, this later King Midas would have been captured or killed by Hartapu’s army, although Assyrian accounts say that he committed suicide while Gordion, the capital of Phrygia at the time, was being overrun by the Cimmerians. This newfound record, however, offers a possible new insight to the fate of the ancient kingdom and its ruler.

Subscribers, to watch the subscriber version of the video, first log in then click on Dreamland Subscriber-Only Video Podcast link.
2021-01-27
Previous Headline News Post: Coronavirus Immunity May Last—and May Even Improve—for At Least Six-Months After Infection
Next Headline News Post: Las Vegas Businessman Robert Bigelow Is Betting $1 Million That the Afterlife Is Real