An Underwater Environmental Observatory Has Mysteriously Disappeared Without a Trace 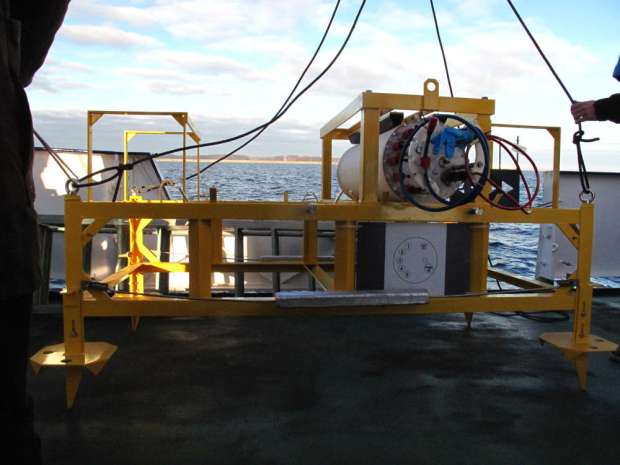 A one-ton underwater observatory that had been installed off the northern coast of Germany has mysteriously disappeared without a trace, leaving behind nothing but the tattered end of the data cable that allowed the unit to communicate with the mainland.

On August 21 at 8:15 p.m. local time, the GEOMAR Helmholtz Center for Ocean Research Kiel lost contact with the offshore observatory, originally installed at the mouth of Eckernförde Bay in the Baltic Sea, north of the city of Kiel, in 2016. The €300,000 ($332,000) observatory measured local seawater quality, including water temperature and the levels of salt, oxygen, nutrients, chlorophyll and methane from the seafloor at a depth of 22 meters (72 feet), providing researchers with invaluable real-time data on the currents in the area–a restricted area where even local fishing boats are verboten.

But when divers visited the site to investigate the cause behind the observatory’s sudden silence, they found that it was missing entirely, with only the frayed end of the platform’s communications cable left behind. Experts are perplexed by the disappearance of the 770-kilogram (1,700-pound) platform, having ruled out the possibility of it having been dragged off by a storm, tide or large animal.

“[At] first we thought of a transmission error. The devices were gone, the divers could not find them anymore,” according to Hermann Bange, project coordinator for the Boknis Eck Observatory. “When the divers reached the bottom of the sea last week at the observatory’s location, they found only the torn off land cable. It was completely shredded.”

The two instrument racks that the observatory consisted of had been “removed with great force from their position,” according to a GEOMAR statement, and the organization is imploring anyone that might have witnessed something amiss in the area to come forward. GEOMAR suspects that the platform was stolen by looters for the steel in the racks, and possibly for the scientific instruments themselves.