An Asteroid Impact May Have Destroyed a Major Bronze Age Civilization 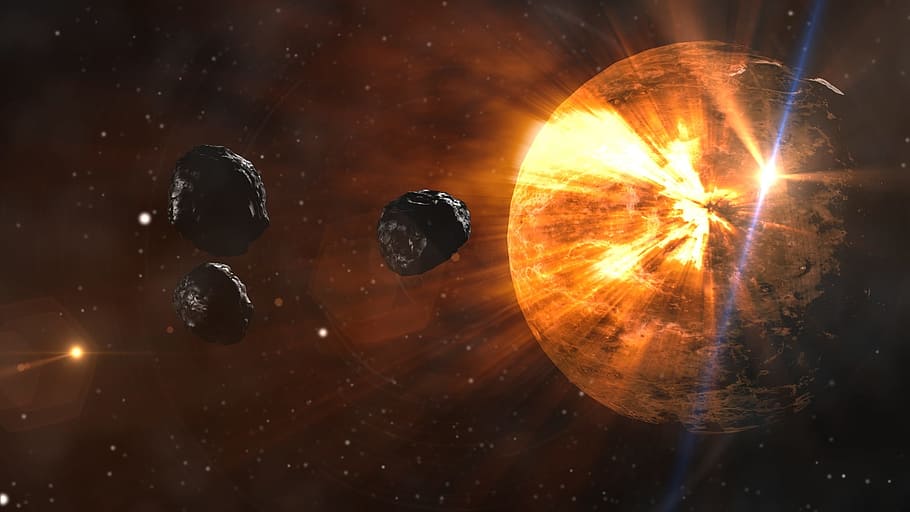 Archeologists studying a site in the lower Jordan Valley have discovered that a major Bronze Age city shows evidence of having been destroyed by a Tunguska-like asteroid impact 3,600 years ago, an impact that may have devastated the entire region at that time. There is also the contention amongst some scholars that the city in question, Tall el-Hammam, may have been the ill-fated biblical city of Sodom.

“It’s an incredibly culturally important area,” explains James Kennett, emeritus professor of earth science at UC Santa Barbara. “Much of where the early cultural complexity of humans developed is in this general area.”

But late in the Middle Bronze age Tall el-Hammam’s prominence came to an abrupt end—along with a number of other neighboring cities—when the Jordan Valley was all but abandoned over the course of the Late Bronze Age (1550–1200 BCE), a 550-year period in the region called the “Late Bronze Gap”. The gap appears in the stratum as a 1.5 meter-deep (5-foot) layer with a dearth of archaeological artifacts, suggesting that the once-populous region was now effectively vacant, with a nomadic population numbering only a few hundred individuals.

But at the start of this layer archaeologists found evidence of an extremely high-temperature event that left building material partially melted, mud bricks appearing to have been boiled, and pottery shards with their surfaces melted.

“We saw evidence for temperatures greater than 2,000 degrees Celsius (3,600 degrees Fahrenheit),” according to Kennett, a temperature much hotter than what any technology of the era could produce. A meteor strike similar to the Tunguska event of 1908, however, could account for such extreme temperatures.

“There’s evidence of a large cosmic airburst, close to this,” Kennett said. The 50 to 80-meter (160 to 260-foot) stony asteroid that exploded over Siberia’s Tunguska River in 1908 was a 10 to 30-megaton airburst that flattened 2,150 square kilometers (830 square miles) of Siberian forest; since the object exploded mid-air it failed to leave an impact crater, and Kennett expects that the same scenario unfolded in the case of the destruction of Tall el-Hammam. A soil analysis uncovered more hallmarks typically associated with meteor impacts, including tiny spherules rich in iron and silica, melted metals, and shocked quartz.

“I think one of the main discoveries is shocked quartz. These are sand grains containing cracks that form only under very high pressure,” according to Kennett. “We have shocked quartz from this layer, and that means there were incredible pressures involved to shock the quartz crystals—quartz is one of the hardest minerals; it’s very hard to shock.” Their analysis also uncovered diamond-like particles embedded on the surface of pottery shards, possibly carbon soot transformed by the high temperature and pressure produced by the explosion.

The analysis also found high amounts of salt in the soil of the era, with concentrations as high as 25 percent in some samples, a possible explanation for why the region had been abandoned for so long: high concentrations of salt would render the soil infertile, causing a long-lasting famine in the region. An impact over the Dead Sea—a body of water famous for its high salinity—could account for this natural salting-of-the-earth, especially if fragments of the exploded asteroid were to strike the Dead Sea itself, sending massive amounts of salt water into the air.

Although no evidence toward the idea has been uncovered, Tall el-Hammam is thought by some scholars to be the biblical city of Sodom, destroyed by God, along with its sister city of Gomorrah, due to evil ways of its denizens. Kennett points out that “there’s no scientific proof that this destroyed city is indeed the Sodom of the Old Testament,” but it is possible that the destruction of Tall el-Hammam may have started an oral tradition that led to the story of Sodom and Gomorrah. The other nearby cities, such as Tall-Nimrin and Tell es-Sultan (proposed to be the biblical Jericho) also met violent ends at the same time, possibly leading to legends of their downfall.