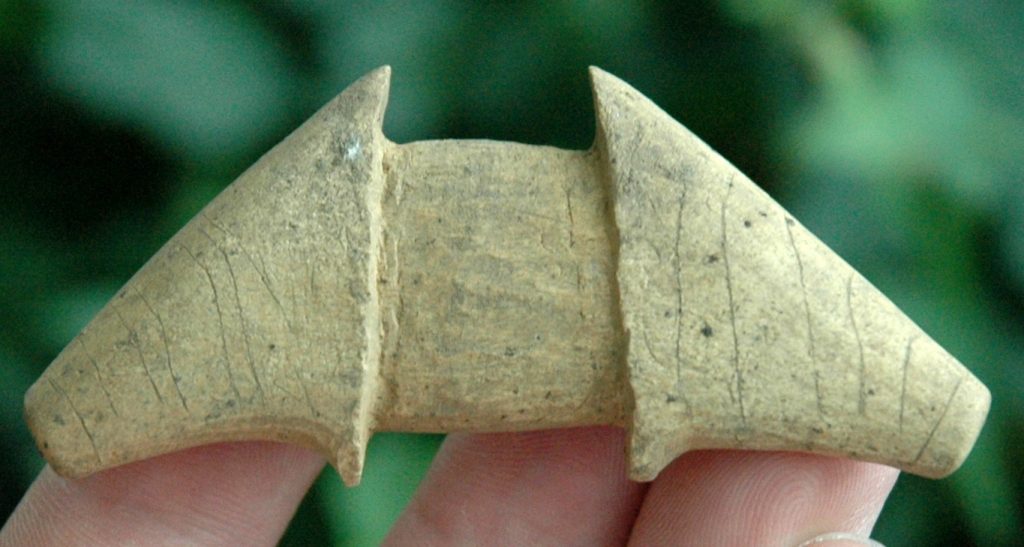 The discovery of a large cache of bone tools dated to 400,000 years ago may change how paleontologists view the evolution of tool use amongst early humans.

Discovered at a site called Castel di Guido near Rome, Italy, the collection consists of 98 tools made from the bones of the extinct straight-tusked elephant. The tools included primitive blades used for cutting, bone-splitting implements, and a long tool smoothed at one end called a lissoir, used for treating leather, a tool that wouldn’t come into common use for another 100,000 years.

“We see other sites with bone tools at this time,” explains University of Colorado Boulder archaeologist Paola Villa. “But there isn’t this variety of well-defined shapes. At Castel di Guido, humans were breaking the long bones of the elephants in a standardized manner and producing standardized blanks to make bone tools. This kind of aptitude didn’t become common until much later.”

At the time, the site at Castel di Guido was a popular watering hole for the elephants. The ancient humans that also lived there made use of the bones of perished pachyderms, setting up a simple production line to build their tools from the leftover material. They used a method called percussion flaking, a technique more recognizable from stone tools; the humans occupying the site may have been unable to obtain large pieces of flint, and instead capitalized on the abundant quantities of bone the site provided.

It is unknown exactly which human subspecies created the ancient tools, although it is possible that it was our Neanderthal cousins that were behind this early foundry. “About 400,000 years ago, you start to see the habitual use of fire, and it’s the beginning of the Neanderthal lineage,” says Villa. “This is a very important period for Castel di Guido.”

Subscribers, to watch the subscriber version of the video, first log in then click on Dreamland Subscriber-Only Video Podcast link.
2021-09-23
Previous Headline News Post: New Ultra-White Paint Could Eliminate the Need for Air Conditioning
Next Headline News Post: An Asteroid Impact May Have Destroyed a Major Bronze Age Civilization