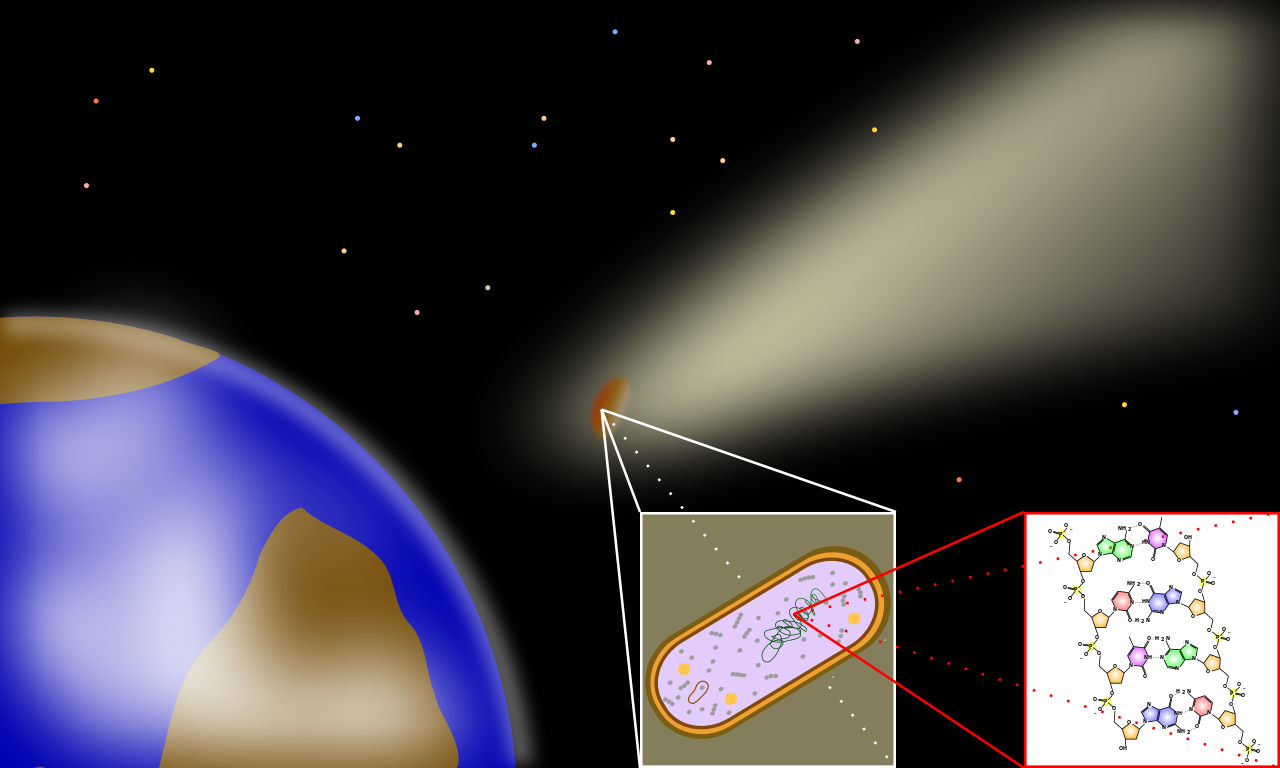 After more than a decade of research, scientists have discovered what may be the first known complete protein molecule in a meteorite, the first discovery of its kind confirmed to be from an extraterrestrial source. Although simpler amino acid molecules, such as glycine, have been found in meteorites before, compounds such as those are only the basic building blocks for more complex protein molecules, as it is in the case of this novel molecule, called hemolithin by its discoverers. If confirmed, this discovery provides evidence that the building blocks for life do indeed exist elsewhere amongst the stars.

Curious about how chemical reactions between water and protein compounds in interstellar clouds might play out, study co-author Julie McGeoch, a molecular biologist at Harvard University, set about isolating potential proteins from meteorite samples and characterizing the molecular structure of their chemical makeup. These interstellar clouds are what solar systems such as ours coalesce from, meaning the chemical reactions that occur inside them will provide the foundations of whatever chemistry will be present in the resulting planetary systems—including the chemistry necessary for life.

This hemolithin molecule was discovered in a meteorite labeled Acfer 086, a Carbonaceous chondrite—a rare type of meteorite—that was recovered in Algeria’s Tamanghasset region in 1990. Acfer 086 had previously been found to contain other amino acids, such as glycine, hydroxy-glycine and alanine; however, molecules like these are incomplete and open-ended, to allow them to act as the building blocks of more complex proteins that make up living beings (glycine, for example, makes up about 35 percent of collagen, a substance that makes up most of the connective tissues in our bodies). Hemolithin, on the other hand, is a complete molecule, consisting of strings of carbon, hydrogen and oxygen atoms that are capped on either end with an iron, oxygen and lithium structure.

Although hemolithin is a new-found molecule, it is speculated that its structure may be able to split water molecules into their individual oxygen and hydrogen atoms—a process key to the development of life as we know it. Although the researchers have found no indication that this molecule was produced by biological means, the presence of a molecule with such a function outside of Earth provides more evidence that the mechanisms required to develop life, at least as we know it, exist elsewhere in the cosmos.

Subscribers, to watch the subscriber version of the video, first log in then click on Dreamland Subscriber-Only Video Podcast link.
2020-03-04
Previous Headline News Post: A Coronavirus Expert’s Suggestions about How to Protect Yourself from the New Variant
Next Headline News Post: 75 Million-Year-Old Dinosaur DNA May Have Been Found