75 Million-Year-Old Dinosaur DNA May Have Been Found 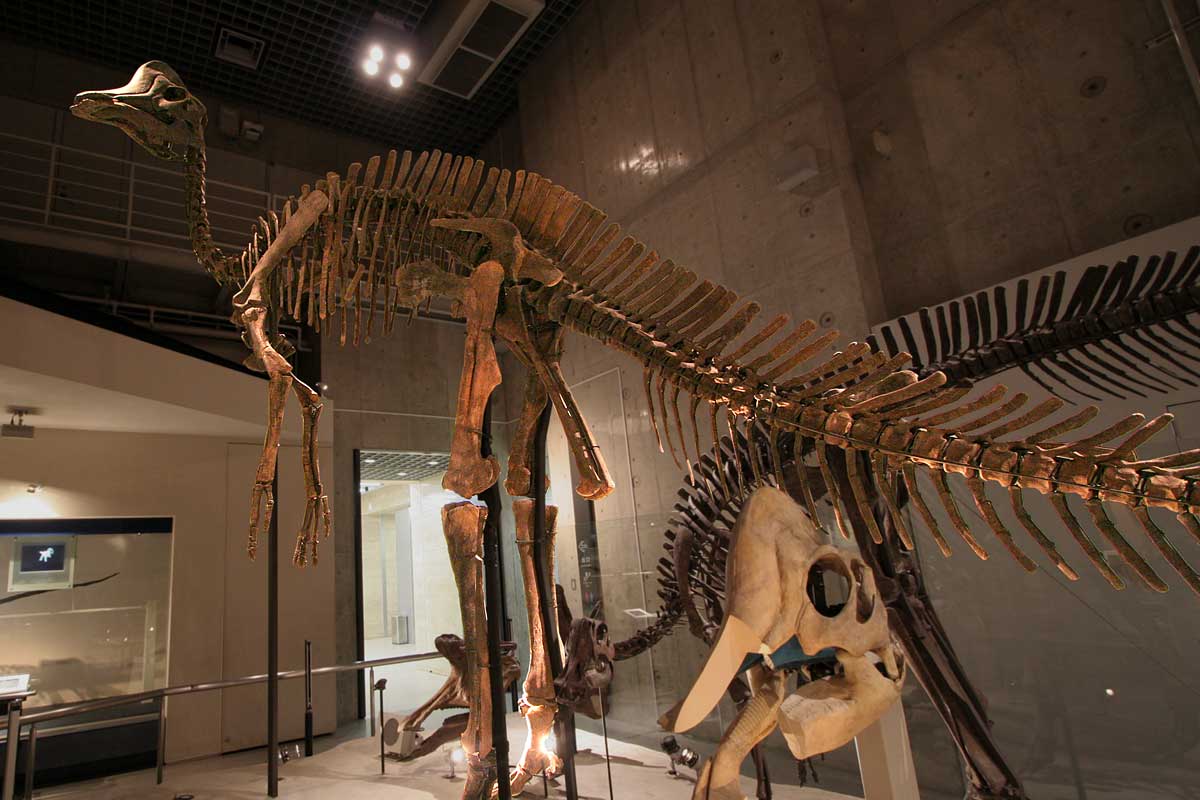 An international team of researchers has uncovered what appears to be fragments of 75 million-year-old DNA from a dinosaur hatchling, bringing the concept behind Jurassic Park one step closer to reality. Previously, it was broadly accepted that the maximum amount of time that DNA could survive in a fossil was about a million years, but this discovery of fragments of genetic code from the ancient past may upend that assumption.

The fossil that the DNA was found in is that of a freshly-hatched duckbill dinosaur called Hypacrosaurus stebingeri, first discovered in northern Montana in 1988. Along with its sister species (H. altispinus), H. stebingeri is part of the Hypacrosaurus genus that lived in what is now Alberta and Montana, from 75 million to 67 million years ago. Equipped with a hollow crest on its forehead, Hypacrosaurus appears to have walked for part of the time on its hind legs, and was very large; indeed, “Hypacrosaurus” is Greek for “near the highest lizard”, in reference to its height falling just short of the massive Tyrannosaurus Rex.

“The skull bones of baby dinosaurs are not fused when they hatch, but instead, some of them have cartilaginous plates that fuse later as bone forms in the spaces between them,” explains Dr. Alida Bailleul, a paleontologist in the Institute of Vertebrate Paleontology and Paleoanthropology and the Center for Excellence in Life and Paleoenvironment, Chinese Academy of Sciences. As the dinosaur grows, the plates ossify, or harden, in the same manner as that of modern birds, but this intermediate state allowed the researchers a unique opportunity to study the creatures’ cartilage.

When examining the skull of a juvenile Hypacrosaur, the research team discovered that the calcified cartilage that formed between the hatchling’s skull plates had preserved the structure of individual cells incredibly well, including two cells that visibly had just finished the process of cellular division. Some cells even included what appeared to be nuclei (the cellular structure containing most of the cell’s genetic material), and when magnified further, those nuclei contained elongated structures that appeared to be chromosomes—the structure that contains the individual organism’s genetic code.

This shocking discovery prompted the team to run two types of chemical analysis—immunological and histochemical—on another hatchling found in the same group of fossils, to see if the structures they were seeing held any trace of biological material. The immunological tests, where specific antibodies are applied to the sample to see if they react to specific biological proteins, indicated that there was indeed cartilage protein present in the sample. The histochemical test applies a chemical specifically tailored to only stain specific DNA fragments; these tests provided a positive result, suggesting that ancient DNA fragments had survived their 75 million-year journey through time.

“It’s an exciting find that adds to the growing body of evidence that these tissues, cells and nuclear material can persist for millions—even tens of millions—of years.”

Subscribers, to watch the subscriber version of the video, first log in then click on Dreamland Subscriber-Only Video Podcast link.
2020-03-06
Previous Headline News Post: A Key Ingredient for the Formation of Life May Have Been Found in a Meteorite
Next Headline News Post: Spread of the Coronavirus Increases Outside of China, Along With Misinformation Regarding the Disease