A New Contactee Interview: A Close Encounter Near Puget Sound in 1966–That Lasted 11 Days 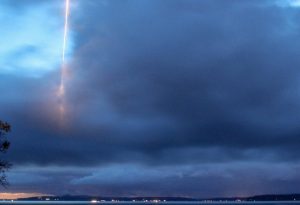 We have just added an interview to our Contactee Section with a couple who were living on Puget Sound in 1966 when a UFO dropped down behind their home, resulting in 11 days of close encounters, including a vividly remembered approach of non-humans into their living room and an extensive abduction experience that involved them and their neighbors and apparently many other people in the area.

This is one of the best descriptions of the close encounter experience ever recorded, and because it happened in 1966 when the only known abduction case was that of Betty and Barney Hill–a case that “John and Mary” were unfamiliar with–it has a powerful ring not just of truth, but of raw truth. To listen, subscribers should log in and navigate to Contactee Interviews using the dropdown menu under Subscriber Home on the masthead, or simply click here. To listen to a short excerpt from the interview, non-subscribers click below.

To subscriber to Unknowncountry so you can hear the full interview and SO MUCH MORE, click here.