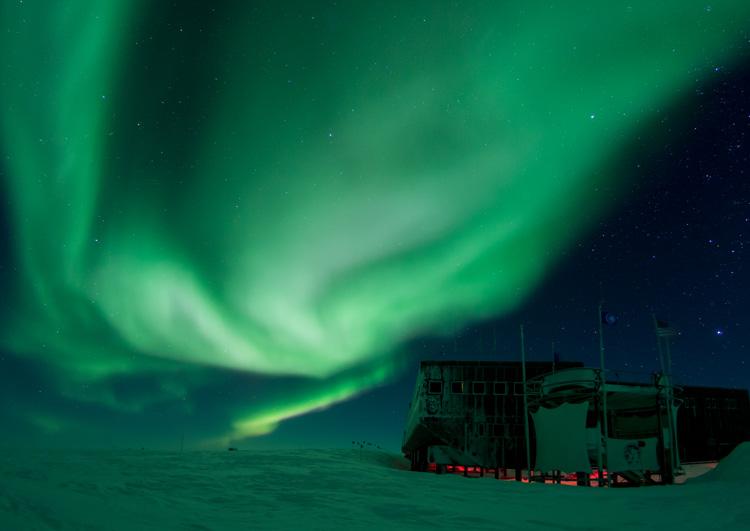 A research team at the Chinese Academy of Sciences has discovered evidence that there is a mysterious barrier at the center of the galaxy that appears to block the passage of cosmic rays, yet paradoxically can also accelerate those same charged particles back nearly to the speed of light.

Cosmic rays are high-energy particles that originate from the Sun, from the Milky way outside of the Solar System, and also from outside the Milky Way itself. Contrary to their label, cosmic rays are not “rays” made of light, but rather high energy protons and atomic nuclei produced from high-energy events such as supernovae and the processes at the center of galaxies; when they were first detected in 1912 by physicist Victor Hess cosmic rays were assumed to be gamma rays—part of the electromagnetic spectrum, hence their “ray” moniker—but before the end of the decade were found instead to be charged particles made up mostly of protons.

The center of the galaxy is home to what is nicknamed a “cosmic-ray sea”, a central molecular cloud of hydrogen gas and dust awash in charged particles zipping around the Milky Way’s core at speeds near the speed of light. But according to the research team’s findings, drawn from data gathered by the Fermi Large Area Telescope, cosmic rays appear to be blocked by a mysterious barrier near the galactic center, making it difficult for the particles to escape the core. Those that do manage to pass through the barrier are somehow accelerated back to just shy of lightspeed, with some unknown force in the barrier acting like a cosmic-sized particle accelerator.

The supermassive black hole theorized to be lurking close to the galaxy’s center, Sagittarius A*, might make for a good suspect that might be behind this mysterious force, but the researchers couldn’t find any definitive evidence pointing to it being the culprit, considering there are other potential sources, such as high-gravity supernova remnants such as smaller black holes and neutron stars.