What They Eat, Who They Steal: A Deep Dive into Visitor Secrets

Home  »  Dreamland Podcast   »   What They Eat, Who They Steal: A Deep Dive into Visitor Secrets

First, we spend a few minutes with Bill Homann, the keeper of the Mitchell Hedges Crystal Skull. He will join us in the Unknowncountry subscriber video conference room on Saturday, May 22 at 11AM Pacific. We will meditate with the skull, then Bill will stay for discussion.

THEN a deep, deep dive into a truly wondrous and just plain weird Dreamland!! This astonishing discussion covers things like the 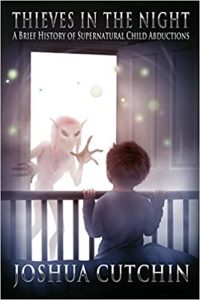 mysterious bitter white liquid that close encounter witnesses, including Whitley, are made to drink, to the ongoing mystery of disappearing children and children rising into the sky that goes back hundreds of years.

Raising the most fundamental questions about the nature of the visitors, the nature of reality and–above all–who we are and what these mysterious entities want from us, this seminal discussion is one you will never forget.

You can meet Joshua Cutchin at his website, JoshuaCutchin.com

Get his mind-bending book A Trojan Feast: the Food And Drink Offerings of Aliens, Faeries and Sasquatch through us. Click here!

His other mindbender, discussed in the subscriber part of the show, is Thieves in the Night: A Brief History of Supernatural Child Abductions. Don’t miss it. Click here!!