The Quest for the Templar Treasure Takes a New Turn!

Home  »  Dreamland Podcast   »   The Quest for the Templar Treasure Takes a New Turn! 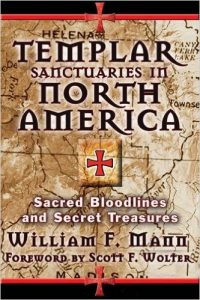 Ever since the fall of Jerusalem to Saladin and the subsequent destruction of the Knights Templar, it has been known that survivors

took an enormous treasure with them when they escaped from France to Scotland.

Listen as legendary Templar Master William F. Mann takes us on what has become for him a life quest in search of that treasure.

This interview is an all-time classic Dreamland, as Whitley lets William weave his tale of highest adventure that leads not to traditional locations such as the “Money Pit” on Oak Island in Newfoundland, but deep into the American heartland and the world of Native American lore and legend.

Will William find the Templar Treasure? Has he already found it?? Listen and find out!

Learn more about William at TemplarGold.Blogspot.com.