Possession, but NOT the Way You Think

Home  »  Dreamland Podcast   »   Possession, but NOT the Way You Think 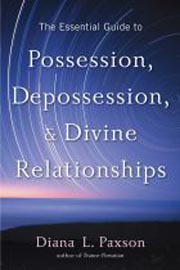 When we think of possession, we think of demons, but that is not all there is to it, not by a long shot. Diana Paxson says that we can choose who we want to let in, and choose when they should leave. Not only that, we can develop relationships with divinity in this way, using age-old techniques that enable safe entry into trance. Listen as Diana Paxson explains how to do this.

In the second half of Dreamland, Whitley Strieber describes some of the most incredible experiences of possession that you will ever hear, experiences which he has never revealed before. Since completing his new book Super Natural: a New Vision of the Unexplained, he is beginning a process of opening doors of personal secrecy that he has kept closed all of his life. Don’t miss this revelatory discussion. We thought we knew Whitley. But there’s more, it seems. Much more.