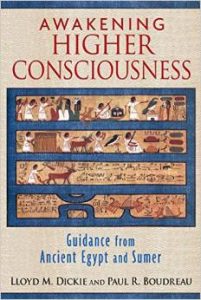 Over the course of Dreamland’s Year of Awakening, we will explore not only the modern threads of knowledge about how to do this, but also the ancient wisdom.

In this interview, Paul Boudreau shows us how many classic myths and stories from Sumerian, Egyptian and other sources contain instructions for awakening higher consciousness. The illusion in which we live never stops telling us that we are small, helpless and essentially “meat machines,” but there is much more to us than that, and the hungry soul can find food in ancient stories, created at a time when human beings could still sense their souls.

Surrounded as we are by material goods in the west, or consumed by agonizing poverty in the rest of the world, we are, as a species, going soul blind. It was not always like this. The past can point the way to a future in which the human species recovers itself and continues on its true journey. Paul Boudreau is an ecologist and biologist who studies ancient myths and sites. He has done on-site explorations in Egypt, and will share his finding with us.