Jeffrey Mishlove Won Half a Million Dollars for His Extraordinary Essay on the Afterlife. This is Why.

Home  »  Dreamland Podcast   »   Jeffrey Mishlove Won Half a Million Dollars for His Extraordinary Essay on the Afterlife. This is Why. 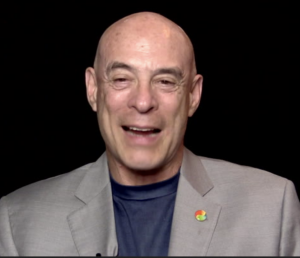 We begin a periodic series of shows with the winners of the Bigelow Institute for Consciousness Studies afterlife essay contest with this discussion with Thinking Allowed host Dr. Jeffrey Mishlove. Jeff is a licensed clinical psychologist and accomplished radio and television interviewer. He is also the recent winner of the first prize in the Bigelow Institute for Consciousness Studies essay competition, where entrants were asked to write essays presenting the evidence for survival of human consciousness after bodily death.

Jeffrey’s investigation into what he calls “human deviancy” progressed from a more conventional study of psychopathology to parapsychology, the study of psychic phenomena. He holds the only doctoral diploma in parapsychology to be awarded by an accredited American university (University of California, Berkeley).

Jeffrey speaks with a valuable clarity about his own understanding of the afterlife and why he believes that it is real.

In this episode, he and Whitley journey into a rich discussion on topics such as what happens when we die, prophetic dreams, and the connection between the dreamworld and high strangeness.

The leading essays from the Bigelow Institute for Consciousness Studies essay competition, including Jeffrey’s, can be read here. To lean more about the Institute, click here.