Close Encounters of the Fatal Kind 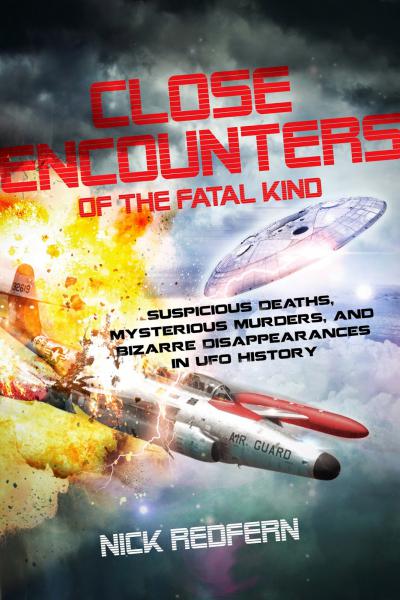 Suspicious deaths, mysterious murders and bizarre disappearances plague the history of the UFO phenomenon. Across the past 60 years, there are dozens of examples, ranging from the murder or suicide of Secretary of Defense James Forrestal to many pilot deaths and disappearances to the mysterious and often horrifying deaths of far too many UFO investigators.

Nick Redfern, one of Dreamland’s most popular and frequent guests, takes us close to some truths that the official world would rather we not know, that are denied with ferocious intensity. WAS Forrestal murdered? Why did he go out a 13th floor window the night before he was scheduled to leave a hospital where he was recovering from a nervous breakdown? And what about the bizarre man-in-black experience he had, and the classified briefing he shared with MJ-12 insider Vannevar Bush.

And what about JFK? Why was Fred Crisman, who was involved in the Maury Island UFO incident in 1947 a suspect in the Kennedy assassination in 1963?

These are just two of these very bizarre stories. Get set for a real thrill ride on Dreamland this week–but a very serious one. Why is it so dangerous to be involved with UFOs, and why is June 24 a day to be very, very careful if you are involved? Nick has some answers.

You can learn more about Nick and his work at NickRedfernFortean.Blogspot.com

Get Close Encounters of the Fatal Kind from your local bookstore, Amazon or Barnes and Noble.